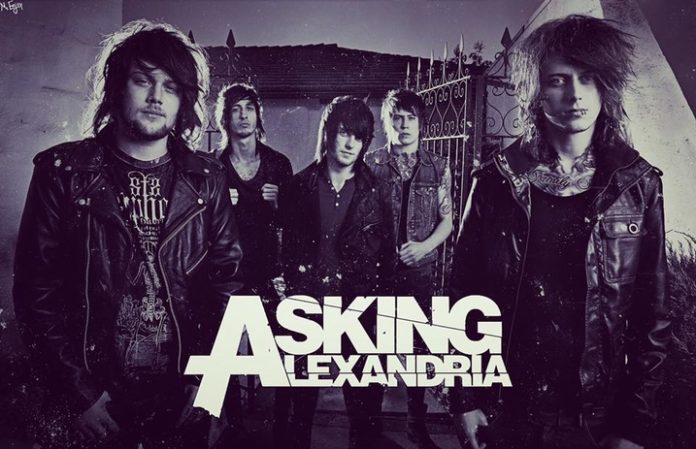 Since Asking Alexandria guitarist Ben Bruce and former frontman Danny Worsnop ended their beef in mid-September, the two parties have done a fair share of teasing some kind of potential collaboration.

The most recent update in this series of events, Asking Alexandria's record label, Sumerian, posted an old school promo of the band featuring Worsnop with a pondering emoji in the caption.

Previously, Worsnop teased on Twitter that he was visiting his former bandmate Bruce with From First To Last’s Matt Good to “maybe play a little music.”

Tonight haha. What a weird and awesome night

In the Asking Alexandria camp, the band are gearing up for Sumerian Records' 10 Years Of Black tour with Born of Osiris, I See Stars, After The Burial, Upon A Burning Body and Bad Omens. They've been posting lots of throwback photos on their Facebook as well, one of each member, further adding to the mystery of this situation.

Worsnop, on the other hand, has been gearing up for his upcoming solo country album called The Long Road Home.

Asking Alexandria and Worsnop parted ways in early 2015, allowing Worsnop to focus on his project, the rock band We Are Harlot. Denis Stoff, of Make Me Famous and Down & Dirty, replaced Worsnop on vocals in May of 2015.

So, with all of that said, what do you think? It definitely seems Asking Alexandria are teasing something with Worsnop—but what is it? New music, a re-release? Will Worsnop make a live appearance on Asking Alexandria's forthcoming tour?

Let us know your conspiracy theories in the comments.