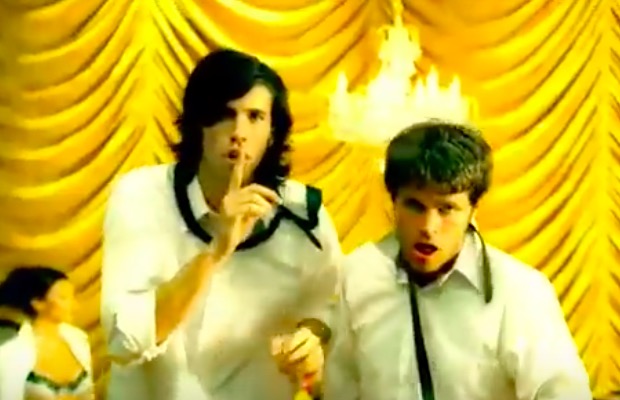 In 2004, Sean Foreman and Nathaniel Motte formed their crunk-synthpop project, 3OH!3. It took them three years to release their self-titled debut studio album, which they followed-up in 2008 with their breakout LP, Want.

30H!3 resonated well within both our scene and the mainstream world. They managed to have tracks boasting guests such as Katy Perry and Kesha, and yet they played Warped Tour multiple times and even headlined the Alternative Press Tour in 2009.

Feature: Song Premiere and interview: 3OH!3, “Turn The Night On”

In the summer of 2010, the dynamic duo debuted at No. 7 on the Billboard Top 200 chart with their third studio album, Streets Of Gold. It was after the success of this LP, however, that the band began to lose momentum. Their 2013 follow-up, Omens, was met with mixed reviews and ultimately fell short of expectations.

After this, the band disappeared from the public eye, with the exception of a few sporadic performances. In August of 2015, however, the band said they have “over 40 new songs written.”

Yesterday, August 27, 3OH!3 performed a free show in Connecticut for Sean’s birthday. They also recently played a show in Guam for service members and their families. A rundown of that performance, along with commentary from Foreman, can be found in the video below.

Despite what some may assert, 3OH!3 aren’t dead, but rather flying under the radar at the moment.