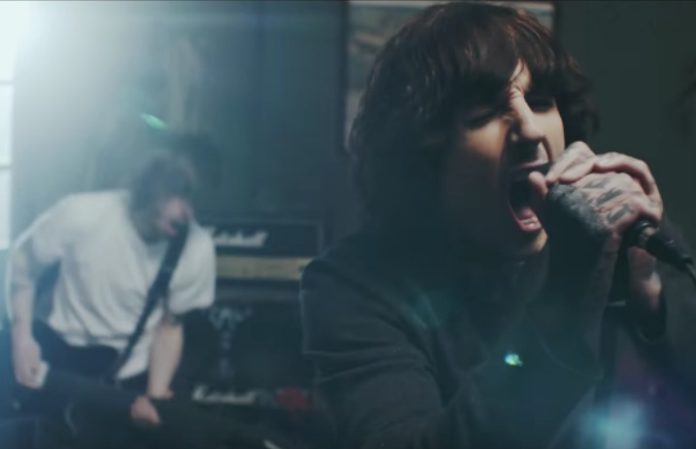 Last summer, the rock world received the earth-shattering news that Architects guitarist Tom Searle had died, following a three year battle with cancer. He was only 28 years old.

Tom had been absent from various Architects’ shows for over a year without explanation, so his passing was both shocking and devastating for many; and particularly heartbreaking as he left behind his twin brother and bandmate, Dan.

Read more: While She Sleeps open up on releasing new album without the help of a label

Publicly, many bands—including Biffy Clyro, Creeper and Bury Tomorrow—expressed their condolences. Privately, members of Bring Me The Horizon and While She Sleeps, among others, attended his wake.

Both bands hail from Sheffield, England, so their paths had crossed numerous times and had gotten subsequently tangled because of “girl trouble,” according to While She Sleeps frontman Lawrence Taylor. Behind closed doors there was bad blood for many years. It was the sobering ceremony for Searle that put the unfriendly situation into perspective, and the two groups decided to let old wounds heal.

Read more: Bring Me The Horizon's Oli Sykes is featured in new While She Sleeps video—watch

“We were all at Tom’s wake. Wow, what a hit. It was crazy. That’s what brought everyone back together. It made you realize that life’s too short for these stupid things.

“So we got talking again and then Oli heard some of the new tracks and said he’d be up for doing a guest spot. We thought it would be really cool to get rid of the bad vibes and start again. He came along with some great ideas, really buzzing off the song and wanted to get creative on it. He nailed it”

While She Sleeps’ new album You Are We is out April 21.