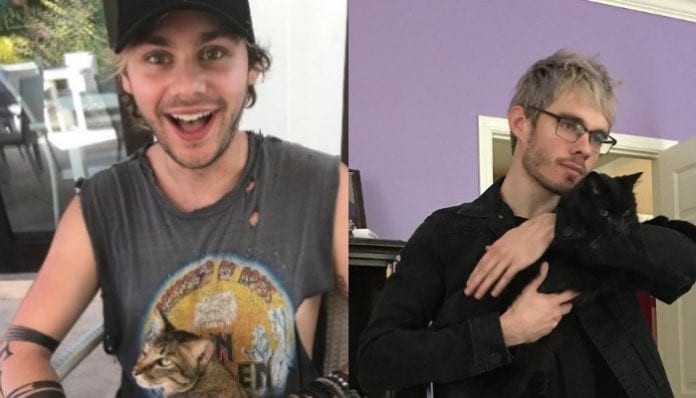 If you have problems calming down your cat when you’re taking it to the vet or trying to sleep, a new radio station, Whiskas, might be an easy solution.

Whiskas, a cat food brand, and an agency BBDO Toronto have created a radio station dubbed Calm Cat Radio. It’s an online station specifically made to chill out cats on their rides to the vet, which is fitting because today is Take Your Cat To The Vet day.

Read more: 10 bands who are gone, but should never be forgotten

The radio station plays at 45-minute loop of music by composer David Teie, who writes music specifically for our feline friends.

The songs feature sounds that are supposed to be soothing for cats, such as the sound of suckling milk, played alongside traditional instruments. Teie plays the sounds at frequencies cats use to communicate with each other. He also uses things such as spray bottles and scratching to create the sounds used in his music.

Teie runs a website where cat owners can buy CDs of his tunes for their cats. The site also explains the science behind it.

“Every species has an intuitive biological response to sounds based on their brain development and vocalizations. The idea is to use the recipe that we humans use for making music, but instead of using ingredients that are all designed by and for humans, species-specific music is created with ingredients taken from the voices and development of another species,” the site reads. “For example, we have a pulse in our music because we heard our mother’s pulse in the womb for four months before we were born as our brains were developing.”

If you’re curious about the radio station, or have a cat that really needs to chill out, check it out here.