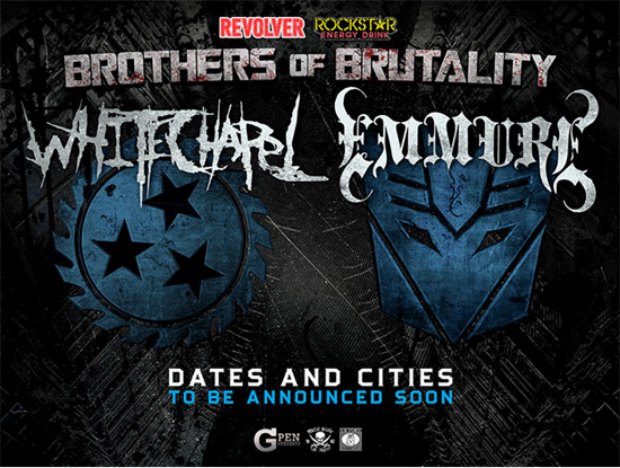 Whitechapel and Emmure have announced that they will embark on “The Brothers Of Brutality Tour” a co-headlining run that will begin in early 2013. The dates and support acts will be announced soon.

Of the tour, Whitechapel guitarist Alex Wade said, “We are really excited to announce our co-headlining tour with Emmure. We have been friends with them for quite some time now, and this is something we have always talked about doing, so it's awesome to see it finally come to light. Our first show ever was with Emmure in Nashville, TN before either of us were signed, so it's incredible to see how we have both grown so much in the music industry and are able to come together and put together this co-headlining tour!”