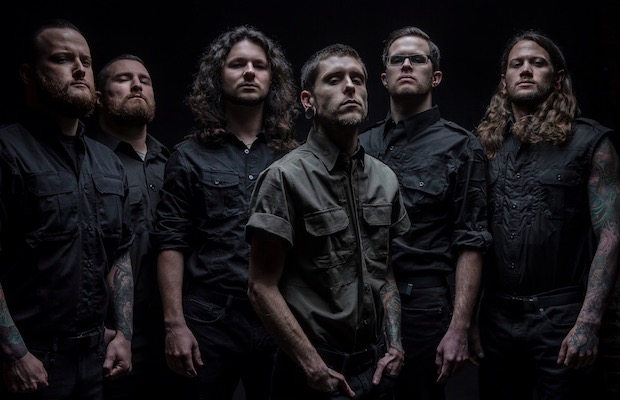 Apparently, guitarist Householder was only kidding when he said there wouldn’t be singing on the band’s new album.

So, this is not an apology for making a joke, but I should know by now you can't joke on social media. Singing WILL occur on the new album.

In a recent interview with Revolver Magazine, Whitechapel guitarist Alex Wade revealed that clean vocals will be featured on the band’s new album.

“We all thought it was really cool how Randy [Blythe] from Lamb Of God wasn’t afraid to try some manly melodic vocals on their last record [VII: Sturm Und Drang],” he said.

Read more: 12 bands who are the future of metalcore

“So Phil’s diving into that a little and seeing where it goes. He’s actually got a great singing voice.”

After fans became aware of the news, guitarist Zach Householder sent out a tweet that denied any clean vocals would appear on the record.

For the love of god, everyone needs to quit freaking out. There's no clean singing on our upcoming album.

However, frontman Phil Bozeman sent out a tweet today that claimed two tracks on the record will have singing aspects to them.

There's only 2 songs on the record that have clean vocals. Just an FYI.

The album is expected to be released later this year. Would you be opposed to hearing the band incorporate signing into their sound? Leave us a comment with your thoughts.