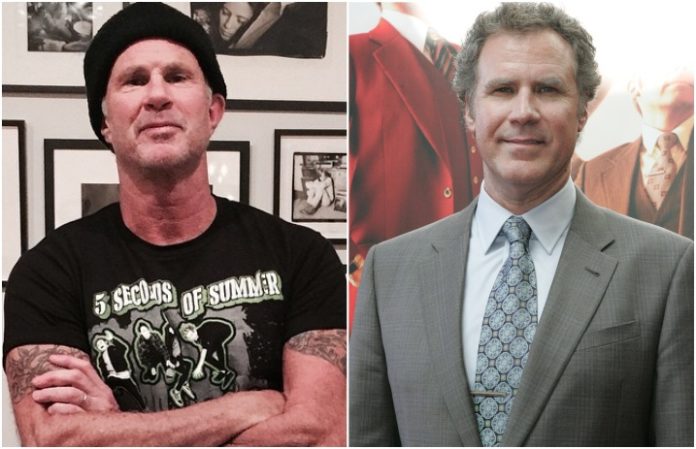 As part of the ALS Pepper Challenge (a viral charge similar to 2014's Ice Bucket Challenge), the RHCP percussionist filmed himself scarfing a hot pepper on Monday, followed by the musician's nomination of Ferrell (as well as Pearl Jam guitarist Mike McCready) to take the next pepper-eating plunge.

Smith was nominated for the challenge by ex-NFL player Steve Gleason, who suffers from ALS. In the clip, the Peppers drummer is seemingly inside a grocery store while taking the charity-minded, tongue-scorching test—a testament to the musician's drive for the spicy demonstration.

“The ironic thing is, I don't like chili peppers,” he admits in the Twitter video, as noted by the NME. “I'm not a fan of hot peppers.” Now that's a challenge! Watch Red Hot Chili Pepper Chad Smith tackle the ALS Pepper Challenge here:

Steve Gleason I (reluctantly) accept your #ALSPepperChallenge @ALSTDI has raised over $500K thru the challenge. I challenge you @MikeMcCreadyPJ & Will Ferrell @funnyordie to do the same! @TeamGleason pic.twitter.com/6BwIQGdmRt