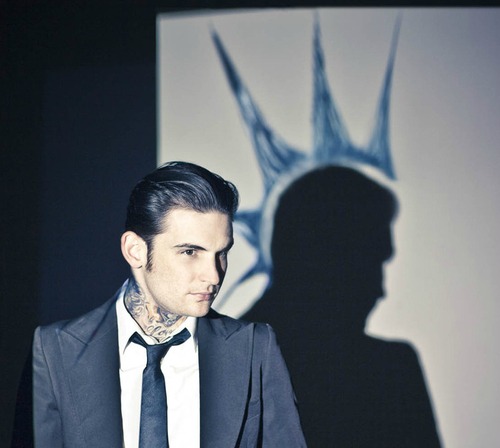 William Control (Aiden) has decided to donate 5 percent of the proceeds from his upcoming record, Silentium Amoris, to the last treatment center he lived in called Ryther, located in Lake City, which is just north of Seattle, Washington. The record is slated for release on April 2, 2012 and is titled Silentium Amoris. He hopes to raise $1000 for the treatment center. You can read his entire post here or read on:

Thirteen years ago I was broke, homeless and hopelessly addicted to heroin, methamphetamine, cocaine and other life destroying substances. At the ripe old age of seventeen I was already considered a career criminal. I had been locked up more times than I care to count and the four different drug treatment centers I had been kicked out of, or escaped from, had done little to alleviate my problem. Addiction is a powerful enemy. It’s a dilemma that only we, who suffer from the phenomenon of craving, will be able to understand fully. Many of us have close friends and family members, with whom we are very close, that suffer from this terrible and unflinching disease.

The reason I am expelling these thoughts from my head onto the page is simple. After 13 years of being able to live without a drink or a drug, I have decided that I want to donate a percentage of the funds I am currently raising for my new record “Silentium Amoris” to the last treatment center I lived in. The place responsible for taking a group of wayward teens out to A.A. meetings almost every night, and in turn allowing me to find a solution to the malady I had been suffering from. The place is called Ryther. It’s located in Lake City, just north of downtown Seattle. www.ryther.org. They have facilities for drug addicts and foster kids in search of a new beginning. Their vision is:

“Ryther will be the recognized leader in providing and advocating a comprehensive continuum of care and assistance for children, youth and families experiencing or at risk from neglect, mental illness, or emotional, physical, sexual and/or chemical abuse.”

I am not a rich man, in fact I am not well off at all. I live paycheck to paycheck like most Americans in this day and age. I don’t have health or dental benefits, and I don’t have money in savings. I am an artist. I create music, write essays and I paint when I can find the time. I understand that I am blue-collar citizen of this great nation and will probably never strike it rich. I am okay with that. I have a place to live and food to eat and the equipment to make art. I wouldn’t be or have any of those things if it weren’t for Ryther. They were the last house on the block. They took me in when no one else would, and for that I am eternally grateful.

My goal to reach for the creation of this record is 20 thousand dollars. I just hit 13 thousand yesterday. I am going to pledge 5% ($1000) to this treatment center in hopes that it will make a difference. It’s not a lot I know. But in the end, I wouldn’t be able to do any of this, if they hadn’t shown me that life can be found amidst the wreckage of an adolescent nightmare.

Thank you all for your continued support.