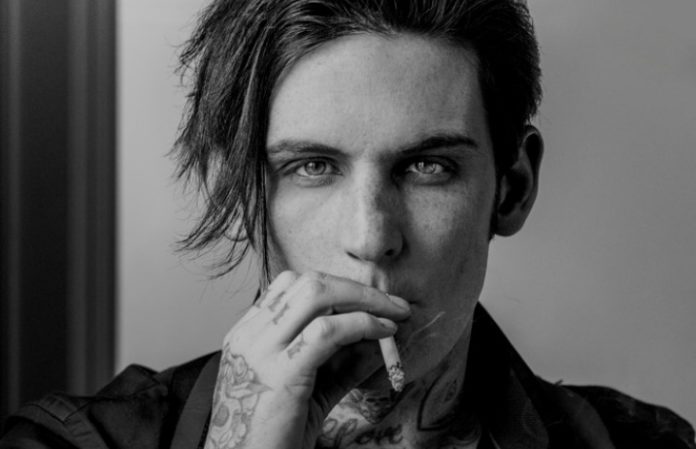 Francis previously rented a space, but has been working to purchase his own commercial property for months. In the video below, Francis describes the hurdles he faced in his journey and thanks fans for helping him finally realize his dream.

“I spent a better part of my career naive about how the industry really works. Hunter S. Thompson was right with regards to the music business when he wrote about how thieves and pimps run free and good men would die like dogs. It's tough to have learned that lesson the hard way. Since my release from Victory nearly five years ago I have slowly taken each part of my career in house, from the art, to the recording process, the promotion and distribution method,” says Francis who recently announced that he bought his albums Hate Culture and Noir from Victory Records, making him the sole owner of all of his William Control material. Now he’s taking it to the next level.

“Finally, last year I started my own screen-printing shop to cater to my online and touring needs. I decided in the beginning of this year that I needed to buy a place that I can operate out of without the watchful eye of a landlord,” he shares with AP. “Control Records allows me the freedom to be as creative as I want without having to ask anyone permission for anything. Needless to say, I am tremendously excited for what the future will certainly bring.”

In addition to releasing his own music via Control Records, Francis getting ready to release an album from a band called Westchester United Football Club, which features William Control live guitarist Kenneth Fletcher.

“I'm going to work with more bands in the future,” he shares, “but I have to start somewhere.”