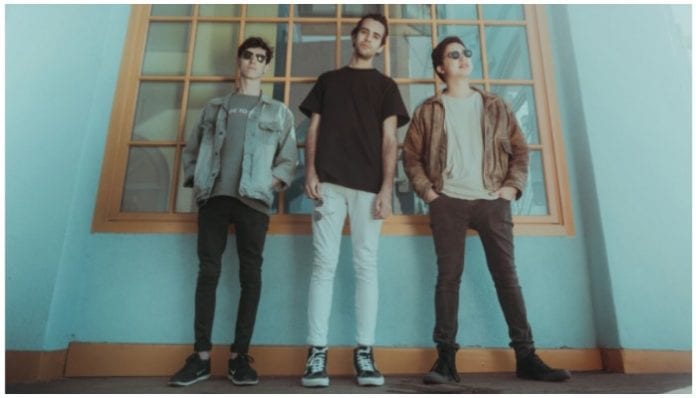 While She Sleeps dropped a new music video—plus, don’t miss a Bring Me The Horizon mashup by Luke Holland. Check out the news you might have missed today below!

You read that correctly: Sabroso Craft Beer, Taco & Music Festival will be hitting more venues in the Western U.S. this coming April. Last month, the California-based festival announced an expanded two-day stretch in early April, and they’re now revealing even more dates. The festival provides over 100 craft beers, tacos and lucha-libre style wrestling, along with punk heavyweights such as Black Flag, the Offspring, the Vandals, Strung Out and Dwarves. Bad Religion and Sum 41 will also hop on a few dates, which you can check out below. You can grab your tickets here.

We’re so excited to announce a co-headline tour with @beck!

Cage The Elephant will be hitting the road with folk-rock legend Beck in July for the Night Running tour. The tour announcement comes fresh off the reveal of their fifth studio album, Social Cues, which is set to drop April 19 via RCA Records. Tickets go on sale here Feb. 15. You can check out dates below.

TOOPOOR dropped her debut single along with a dark, new music video for “Crazy Girls.” The video is her first official release after building a cult social media following, with the song’s teaser amassing over 89,000 likes on Instagram.

4. To Write Love On Her Arms to host Valentine’s Day Twitter chat, fundraiser

Join Team TWLOHA and Founder @jamietworkowski for the 12th Annual Valentine’s Day Doesn’t Have to Suck chat right here on Twitter! Starting at 8PM EST on February 14, you can be part of the conversation by using #TWLOHAVDay! pic.twitter.com/4vHfFiaCG4

Single for Valentine’s Day? Don’t worry, the 12th annual Valentine’s Day Doesn’t Have To Suck Twitter chat is on the way, hosted by To Write Love On Her Arms founder Jamie Tworkowski. The organization is looking to show that nobody’s alone on Valentine’s Day, or any day for that matter. All are free to join the chat and help raise funds on Facebook and Twitch, which launches Feb. 14 at 8 p.m. EST.

Awake At Last dropped a new single with a music video, “Dead Generation.” The song takes a clear angle on how social media affects real-life interaction, making users more antisocial. The latest single is off their upcoming album, The Change, which drops this summer.

While She Sleeps dropped a new video for “THE GUILTY PARTY.” The song is the third released off the band’s upcoming album, SO WHAT?, which drops March 1. You can preorder the album here.

Luke Holland performed a blended cover of Bring Me The Horizon’s “ouch” and “fresh bruises.” This is the latest of Holland’s many drum-defying covers from his YouTube channel, rehashing anyone from Post Malone to Skrillex.

8. With Confidence plug in for self-cover

With Confidence reworked a “Pâquerette (Without Me),” this time with electric instruments and amps. The band performed the revamped single, now titled “Without Me (Pâquerette)” for a group of 100 Spotify listeners for the music video, which you can check out here. The band are out on tour supporting Set It Off with tickets available here and dates below.