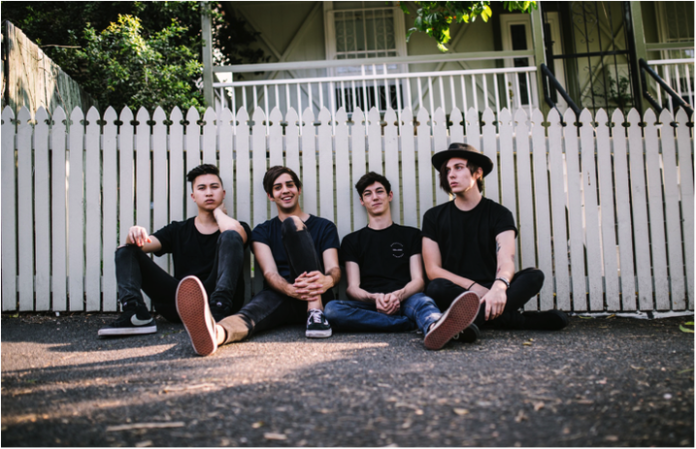 Australian four piece With Confidence are the newest addition to Hopeless Records’ roster. The band have signed with the label and released a video for their new single “We’ll Be Okay.” Check it out below and let us know what you think in the comments!

With Confidence will also be joining State Champs and Neck Deep on the Australian leg of their world tour this January.

“‘We'll Be Okay’ was written at a time where I was riddled with worry over a number of things, bedridden by a bad case of writer's block,” says lead vocalist and bassist Jayden Seeley about the new track, which is available to purchase here. “The only song left to write was a friendly reminder that at the end of the day, we'll be okay! It's an ode to carefree – a bright-eyed remembrance that amongst rainy weather sun always, eventually, shines through.”

With Confidence are Seeley, vocalist/guitarist Inigo Del Carmen, guitarist Luke Rockets, and drummer Joshua Brozzesi. The quartet formed in Sydney in 2012 and released their second EP, Distance, after recording with Stevie Knight and Dave Petrovic, also credited for Tonight Alive and Hands Like Houses. The EP jetted to number four on iTunes’ Alternative charts and number 10 on the overall charts.

With Confidence have gained experience supporting acts like You Me At Six, The Maine, Real Friends and As It Is.