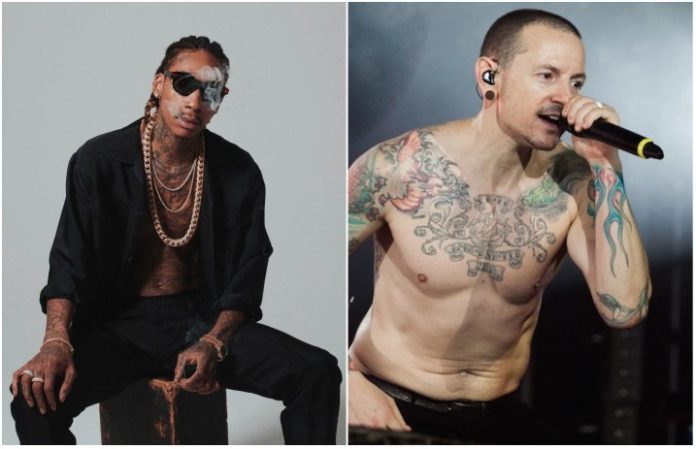 Wiz Khalifa paid tribute to Chester Bennington with a live Linkin Park send-up at the 5th annual Life Is Beautiful festival in Las Vegas over the weekend. Check out the Twitter video of Khalifa rockin' out to Linkin Park's “In The End” below.

As reported by Theprp.com, Khalifia's backing band started bumping the Linkin Park Hybrid Theory hit during a break in the rapper's set at the music festival on Saturday night, Sept. 23. Watch the fan-captured footage to see Khalifa hyping the crowd up as they being singing along with the LP tune.

Khalifa is the latest musician to take time out to honor Bennington, the Linkin Park singer who unexpectedly died by suicide in July. Other recent tributes have come from artists like Ælonia, Motionless In White and many others.

Linkin Park themselves will perform for the first time since Bennington's death at a special tribute concert at the Hollywood Bowl in Los Angeles on Friday, Oct. 27. Members of Korn, System Of A Down, Bring Me The Horizon and Avenged Sevenfold have so far been announced to appear.

Take a look at Khalifa rockin' some LP at Life Is Beautiful: