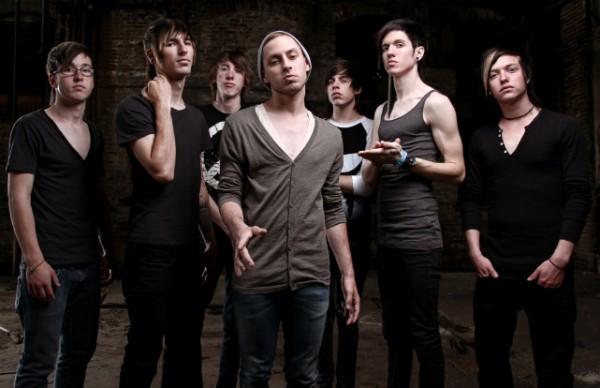 Issues’ Michael Bohn recently chatted with APTV Correspondent Nick Major during a date on Warped Tour this summer. The two went in-depth, starting from when Bohn was a child, knowing what he wanted to do with his life from the age of five, believe it or not.

Most notably, however, Bohn opened up on the history surrounding he and Carter’s pre-Issues band Woe, Is Me. As many people know, Woe, Is Me’s history isn’t filled with the calmest seas, and Bohn’s candid insight offers closure to fans who genuinely appreciated the music Woe, Is Me created.

“Control issues,” Bohn begins, addressing what led to the group’s demise. “I won’t name any names, [but] at one point I was like, ‘If this is what music is about, I don't want any part of it.’ There were so many rules; one person was just dictating everything. I didn't play music for it to be like [that]. [It] was ridiculous. It was awful.”

He continues, “Towards the end, Tyler was so sick of it that he was going in one direction and I was so sick of it that I was going in another direction. [At that point], Tyler and I weren’t even really friends, to be honest. And when Tyler left, I was furious. I was trying to stick it out and [see] if it would get better. But he just up and left, and I was livid [at the time].

Woe, Is Me went through various lineup changes during their time as band. In fact, guitarist Kevin Harrison was the only original members at the time of their breakup. Ironically, Hance Alligood—the vocalist who replaced Carter following he departure—was also Carter’s replacement in he and Bohn’s pre-Woe, Is Me band A Path Less Traveled.

“But, having said that,” he adds, “we both left for relatively the same reasons. There was just so much animosity within the band that it caused [tension and drama]. Obviously we had some good times—people still to this day tell me how they love Number[s], and that’s awesome. I know we definitely made a dent in the scene; it was just kinda hell the entire time, to be honest.”

After both of their departures from Woe, Is Me, Bohn and Carter later reconvened and formed Issues. Currently, the band have released two full-lengths, an EP and are arguably stronger than ever. They dropped their most recent effort, Headspace, earlier this year on Rise Records.