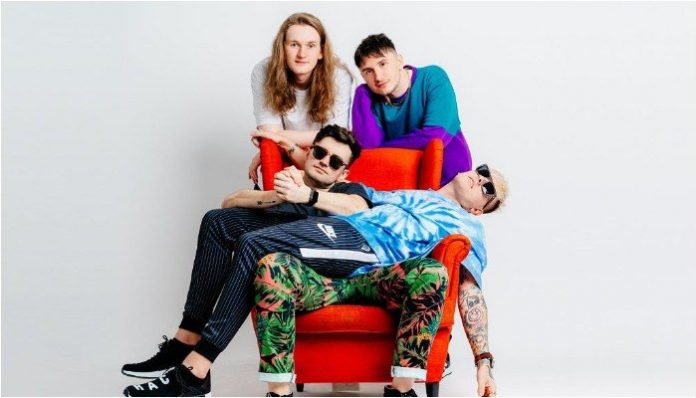 Woes announced their breakup saying they are prioritizing their own wellbeings but will finish out their journey with a tour in the UK.

The Scottish pop-punks started the band in 2016. They released their first single Sep. 15 with “Worst Friend” and a self-titled EP later that year.

The group dropped their first and only full-length Awful Things last year on June 28.

They took to social media to announce their breakup explaining that it was time each member focused on themselves.

“Hey y’all. Unfortunately it’s time for us to end our amazing run,” the statement reads. “It may seem a little strange to bring an end to it after our most successful year as a band but unfortunately, the pressure of managing a busy band and “real” life has been building up for a while now. For the sake of our health, happiness and wellbeing we couldn’t continue as Woes any longer.”

They go on to list their achievements as a band and said they hope their music could “bring people together.” The band concludes saying some of the members have plans to keep making music.

“We achieved everything we could ever have dreamed of. We traveled to amazing places, with amazing people, played amazing shows, and made amazing friends. Most importantly though, we managed to spread a positive message, bring people together and hopefully be part of the memories you will all hold dear to you for a long time. I know we won’t forget all of our adventures together any time soon.”

Read more: 10 UK pop-punk bands who should be on your playlist including Woes, Northshore and more

“Thank you for being a part of it, it means more to us than you could ever know,” the letter concludes. “Some of us have plans to release more music, more info when we have it.”

Take a look at the full statement below.

Despite the breakup, Woes will be playing their final shows in the UK on a brief tour this winter. Their final show is set to be Feb. 28 in Glasglow, UK.

The band will be performing without their drummer Ryan Neish, who says he doesn’t want to ruin the shows with “bad vibes.”

“Regarding the last Woes shows I will not be playing with the band,” Neish says on Twitter. “Personally I refuse to allow a bad vibe affect my performance and I wouldn’t like to see any of you lovely people see me in a horrible mood. The decision doesn’t come easy but there are some people in this world that you just can’t be around and I’m not good at hiding how I feel, I want you guys to remember me being Reem and smashing my drum kit, not playing out of angry and being negative.”

“Sorry to anyone that was looking forward to hanging, hope you understand, I honestly love you all so much and I can’t believe I’ve been blessed with getting to meet and talk to so many of you. Enjoy the shows and give the band the sendoff it deserves.”

Quick message to the fam pic.twitter.com/hgdyfGz11G

Awful Truth is available to stream and download via UNFD. Tickets to the remaining Woes concert dates can be found here, a list of dates is below.

What do you think of Woes’ breakup announcement? Sound off in the comments below!