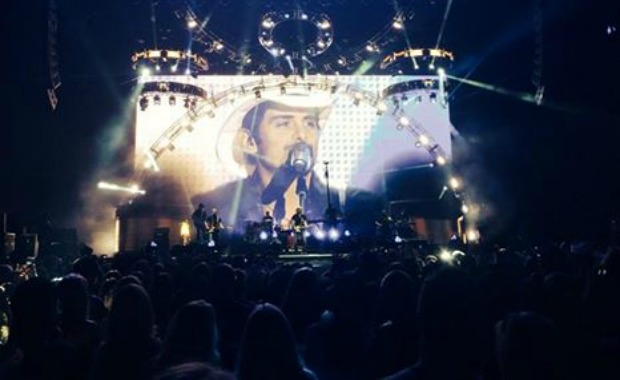 A woman who attended a country music concert in San Diego, California, on Thursday night was asked to leave and is now speculating that she was kicked out for breastfeeding her 4-month-old because “people were complaining.”

According to USA Today, a police officer asked her to leave the Brad Paisley concert because “the child could be crushed from a potential surge from the crowd or could be impacted from loud noise coming from speakers.” The mother, however, seems to think she was asked to leave the area because people around her were uncomfortable with her breastfeeding.

“In the mother's short video clip that she posted on YouTube but has since been taken down, the security officer is seen telling her that the child doesn't have hearing protection and warning her of a crowd surge.

'Where you're at, your child could get crushed,'' the officer says. 'We're afraid your child's eardrums are being hurt.'

But Christopherson argues in the video that the baby, Gracie, who was asleep, was fine and that she had recently taken the infant to another concert at the same venue and had no problems with security. She also tells the officer that she thinks she's being ejected from the area because other security personnel had allegedly told her to stop breastfeeding because people were complaining.”

A statement released on the police department’s website said the following:

“The Chula Vista Police Department's involvement in the incident was due to the welfare and safety of the infant and not due to a mother's legal right to breastfeed in public.”

Watch a news report below, and let us know your thoughts on this.