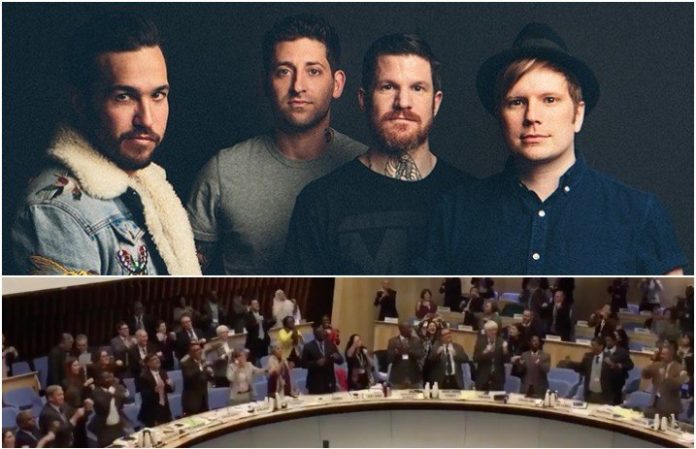 Turns out we're not the only ones who like to jam Fall Out Boy when we just need to move.

The World Health Organization took some time out of their day to #MoveForHealth, and they did it in the best way possible—by dancing to FOB's “My Songs Know What You Did In The Dark (Light Em Up).”

A room full of senior officials from WHO began their first meeting of the year on Jan. 25, and when the meeting got tense, they took a break to dance it out.

Dr. Tedros Adhanom Ghebreyesus, Director General of WHO, planned the two-minute exercise session to de-stress, and the fact that he chose “My Songs Know What You Did In The Dark (Light Em Up)” from the band's 2013 album, Save Rock And Roll, makes us so happy.

We look forward to hearing about WHO's #MoveForHealth dance parties—and seeing who they rock to next. (We recommend Waterparks!)

Fall Out Boy just released their new album M A N   I   A, and when talking about their new album for issue 347, Patrick Stump says this album is going to be different than anything they’ve done before.