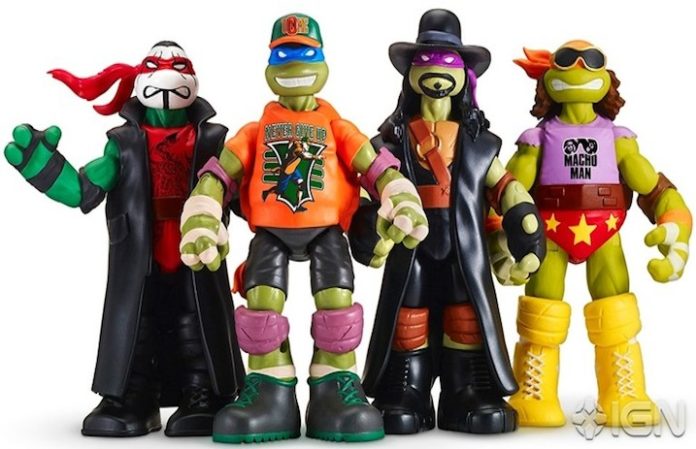 Action figures of WWE Superstars are often larger than life, and sometimes without life as was the case with their zombie series earlier in the year. At New York Comic Con, Playmates Toys showed just what four WWE Superstars would look like if they were Teenage Mutant Ninja Turtles, instead.

Featuring John Cena as Leonardo, Sting as Raphael, The Undertaker as Donatello and Randy Savage as Michelango, the Ninja Superstars will be exclusively sold at Walmart beginning in November.

Read More: 10 reasons the Teenage Mutant Ninja Turtles are more pop-punk than you

The action figures stand at 6 inches tall and are the perfect mix between the two characters they're inspired by. Raphael even has his face painted just like Sting, along with Michelango wearing the famous shades that the “Macho Man” was known for.

There haven't been any announcements regarding if the Ninja Superstars will feature any more WWE Superstars, but we think deep down, we're all hoping to see The Rock and Stone Cold Steve Austin get 'Cowabunga'd' out and join the turtles in the sewer.

Which figure is your favorite? Let us know in the comments!