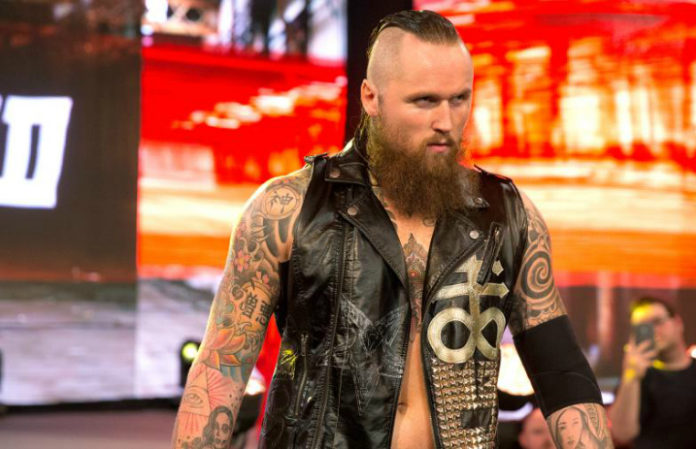 If you haven't watched the WWE in a while, you're missing out on one of the coolest superstars the company has had in a while in Aleister Black.

This brawler with a heavy metal attitude had quite the weekend at Download Festival, including introducing Code Orange on stage. Check it out below!

Read more: WWE NXT’s Aleister Black has a heavy metal attitude—listen to his theme by Incendiary

Black strikes fear into the heart of his opponents whenever his theme song “Root Of All Evil” starts to play. It transitions from a tense buildup into an epic hardcore chorus that promises “we will never be equal,” which is a perfect in-ring mentality. Black actually had a hands-on approach to his theme music working with Incendiary and CFO$ to write some of the lyrics.

He's been known to have a diverse taste in metal, even curating his own Spotify workout playlist for April, featuring bands like Knocked Loose, Expire, Code Orange, and Every Time I Die. He also uses the hashtag #FadeToBlxack, which we can only assume is tying his name to the classic Metallica song.

This love of heavier music resulted in one of the coolest weekends anyone could have at Download Festival where he hung out with Every Time I Die's Andy Williams along with introducing Code Orange on stage.

Considering Williams is a wrestler himself, we're drooling at the idea of the two of them competing as a tag team in a WWE ring. Maybe someday?

It also seems that this trip reignited his spirit and passion for pro wrestling after he tweeted that he'll “represent the underground forever.”

If anything today taught me is that what I do, am & represent is exactly what stuff like today is about. I represent the underground forever

From the ETID's, Venom Prisons, Code Oranges, Cruel Hands to the Watains and Dimmu Borgirs, I gladly represent the struggle, proudly even.

Check out Black introducing Code Orange on stage below and watch him on WWE NXT every Wednesday night on the WWE Network.