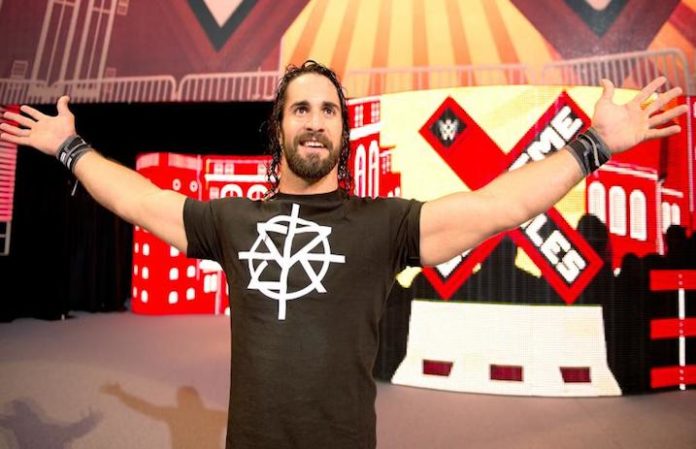 When Seth Rollins isn't delivering Pedigrees to oppponents in a WWE ring, he's rocking out to music like the rest of us, as was seen in a video that just surfaced on October 12. In the video, Rollins is seen headbanging as hard as he can at the Parkway Drive concert in Chicago.

Rollins isn't new to the scene, as he's hung out with bands such as PVRIS and Terror in the past. Rollins also hung out with Parkway Drive after the show as was seen in an awesome group photo on Instagram.

What do you get when a professional @wwe wrestler goes into the mosh pit for the first time in 10 years..? Absolute mayhem! Was good seeing you last night Champ @wwerollins #parkwaydrive #unbreakabletour2016 #wwe #sethrollins

Read More: Why do your favorite bands suddenly love wrestling?

Check out these awesome videos of Rollins jamming out:

when you're at a @parkwayofficial show for your bday & your fav wrestler @WWERollins happens to be there jamming too. 10xbetter ! ����#hellyea pic.twitter.com/cupkTprto2

Which WWE superstar would you wanta go to a concert with? Let us know in the comments!