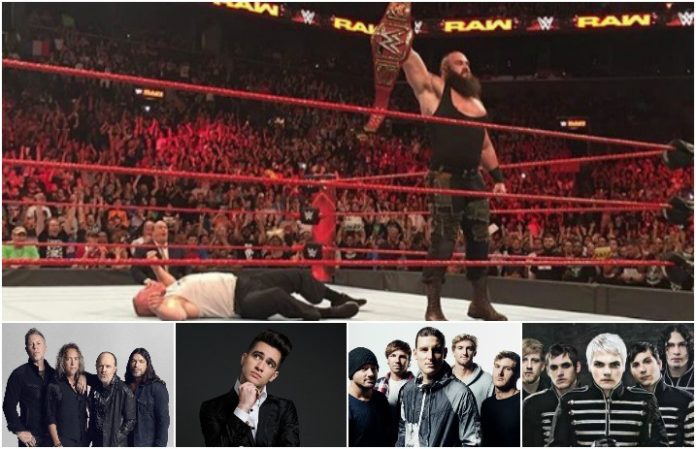 Last weekend's WWE 2K18 Summerslam Kickoff was an exciting time for wrestling fans, and new info is still coming to light: Some of your favorite WWE Superstars are talking about their most beloved rock and metal bands!

Metal Injection attended the Pre-Summer Slam party, video camera in tow, and are sharing a revealing video that features numerous Superstars—Seth Rollins, Braun Strowman, Alexa Bliss and more—disclosing their preferred choices in the worlds of rock and metal. Check out the enlightening video clip below!

“I love Misery Signals, Of Malice And The Magnum Heart is one of my favorite records of all time,” says Seth Rollins, who claims he's the most metal wrestler in the WWE other than Chris Jericho (who happens to be in the metal band Fozzy), according to WrestlingInc.com. Reportedly, Rollins even took his girlfriend to a Parkway Drive concert for their first date.

Braun Strowman says he rocks out to some Metallica and Tool when working out, but also mixes in a little hip hop when hitting the gym.

“It depends on what kind of mood I'm in that day,” Strowman says. “A lot of Metallica stuff, a lot of Tool. When I do cardio [exercise], I like to listen to rap because it helps me get through the cardio, because I hate cardio.”

Alexa Bliss says she jams some old-school emo and punk: “I'm still a sucker for my middle school phase like Panic! At The Disco, Bowling For Soup, My Chemical Romance, Simple Plan, Starset. And Aerosmith, I love Aerosmith.”