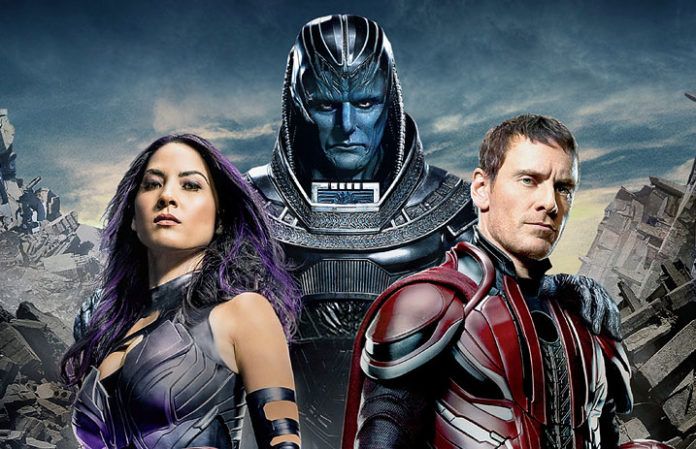 Nearly hidden in a new press release regarding their recent partnership with M&M's (example below), 20th Century Fox have released the official synopsis for Bryan Singer's upcoming X-Men: Apocalypse as more promotional details roll out ahead of its May 27, 2016 release date. You can read the film's plot breakdown below, via Superhero Hype, where you can also view several set and character photos.

“Since the dawn of civilization, he was worshiped as a god. Apocalypse, the first and most powerful mutant from Marvel’s X-Men universe, amassed the powers of many other mutants, becoming immortal and invincible. Upon awakening after thousands of years, he is disillusioned with the world as he finds it and recruits a team of powerful mutants, including a disheartened Magneto (Michael Fassbender), to cleanse mankind and create a new world order, over which he will reign. As the fate of the Earth hangs in the balance, Raven (Jennifer Lawrence) with the help of Professor X (James McAvoy) must lead a team of young X-Men to stop their greatest nemesis and save mankind from complete destruction.”

Read more: ABC is developing a sitcom based in the Marvel universe

Apart from those mentioned in the details, X-Men: Apocalypse will also star Nicholas Hoult as Beast, Rose Byrne as Moira MacTaggert, Evan Peters as Quicksilver, Lucas Till as Havok, Kodi Smit-McPhee as Nightcrawler, Alexandra Shipp as Storm, Sophie Turner as Jean Grey, Ben Hardy as Angel, Tye Sheridan as Cyclops, Olivia Munn as Psylocke and Lana Condor as Jubilee. Oscar Isaac, who's been in virtually every film as of late, will take on the role of the titular antagonist. You can of course expect an almost guaranteed Stan Lee cameo as well.