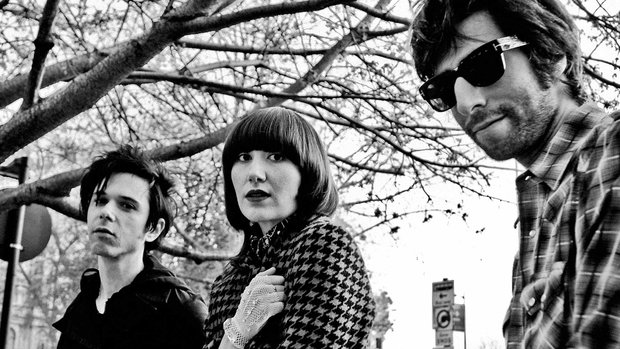 Nearly 15 years ago, Yeah Yeah Yeahs released what would become one of the band’s most memorable albums. The debut LP Fever To Tell spawned classics like “Maps” and “Date With The Night,” essentially catapulting the band to stardom.

A mysterious song called “Phone Jam” was included with the tweet, a nearly six-minute track that appears to feature vocalist Karen O and guitarist Nick Zinner vibing along to phone messages. It’s bizarre, to be sure, but it could be indicative of b-sides, rarities, and other goodies fans will be drooling over if there is some sort of extended reissue coming.

The tweet mentions the hashtag #FeverToTell as well as the words “Wait…” and “Tomorrow,” possibly references to the refrain in the album’s most popular songs, “Maps,” as in “Wait, they don’t love you like I love you.”

Yeah Yeah Yeahs have been on hiatus since 2014 and only just recently announced the band’s first show in four years, playing at Sound On Sound in Austin, Texas this November. Unfortunately, despite the possibility of a Fever To Tell reissue announcement coming tomorrow, that hasn’t changed anything so far regarding the hiatus. Hopefully there’s some kind of update on that end coming soon as well, because it’s about time. Paramore’s Hayley Williams is all aboard the hype train, too. Just look!

So it absolutely has to happen now, right? Will we get a reissue? Are you digging “Phone Jam?” Do you still quote “Cold Light” to your lovers? All will be revealed soon.