The band was seeking $15 million in damages in the suit. They claim the rapper’s 2018 hit “Lucid Dreams” was a knock off of their 2006 track “Holly Wood Died”.

However, the lawsuit has been put on hold after the rapper, aka Jarad Anthony Higgins, died over the weekend. Shortly after leaving his private plane early Sunday morning, Dec. 8, the 21-year-old rapper succumbed to a seizure in Chicago’s Midway Airport.

The members of Yellowcard are being represented by lawyer Richard Busch, who told Digital Music News that the lawsuit is being put on pause.

As Digital Music News notes, now, it’s impossible for the rapper to be interviewed in the case. That may have determined if he knew of the Yellowcard song prior to writing and recording his track. However, he is not the only party named in the suit, so it is possible that it will continue.

Key and Mackin were with Yellowcard until their final show in 2017, but Mosely and Parsons departed previously. However, they were all with the band upon Lights And Sounds 2006 release, the album that houses “Holly Wood Died.”

In the original complaint filed, Yellowcard alleges Juice WRLD and his collaborators ripped “melodic elements” from their track without permission.

“Defendants copied the Original Work without license or consent, and have exploited the subsequent Infringing Work and Infringing Sound Recording to their collective benefit without regard to Plaintiffs’ rights and to Plaintiffs’ detriment,” the filed complaint reads.

“The Infringing Work and Infringing Sound Recording are not only substantially similar to the Original Work, but in some places virtually identical.”

As stated, the band are seeking damages in excess of $15 million and “running royalty and/or ownership share” moving forward. Alternatively, they’re seeking statutory damages “for each act of copyright infringement”. They’re also requested each of the defendants named be “permanently enjoined” from exploiting “Lucid Dreams” in the future.

You can listen to both tracks below.

As previously stated, Juice WRLD died after having a seizure at the Chicago airport.

Law enforcement officials were tipped off in advance that Higgins’ private plane may have had contraband onboard, according to the Chicago Tribune. Both FBI agents and Chicago plainclothes officers were waiting at a private hangar at Midway when Higgins landed.

Then, on Monday, the Chicago Tribune reported that FBI agents had seized over 70 pounds of marijuana in 41 vacuum-locked bags and six bottles of prescription-strength codeine cough syrup from his private plane. In addition, two of the rapper’s associates, Harry Dean and Chris Long were taken into custody for possession of handguns. They later identified themselves as the rapper’s security detail.

Read more: Chipotle is celebrating the holidays with free burritos—here’s how to get it

The Tribune story reports that as Higgins was stopped and having his bags searched by plainclothes Chicago policemen and FBI agents, he began convulsing. He was administered Narcan twice after his girlfriend told officials he “takes Percocet and has a drug problem.”

Higgins died at 3:14 a.m. Sunday after being transported to Christ Medical Center in Oak Lawn, Illinois.

In a statement to USA TODAY from the Cook County Medical Examiner’s Office, an autopsy conducted today has come up inconclusive regarding Higgins’ death. “The cause and manner of death are pending at this time,” spokesperson Natalia Derevyanny wrote.

USA TODAY is also reporting that the Homeland Security immigration agency ICE is investigating Higgins’ death but the agency was not providing additional information at this time. Chicago outlet WGN9 has also reported ICE’s involvement alongside local police.

Following news that Juice WRLD’s autopsy results are inconclusive, TMZ reported that an unnamed law enforcement official confirmed the private jet’s pilot alerted the authorities that Higgins’ crew had guns on them prior to landing. 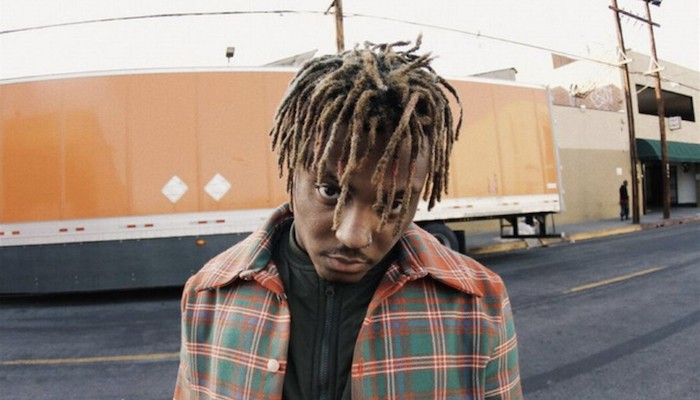