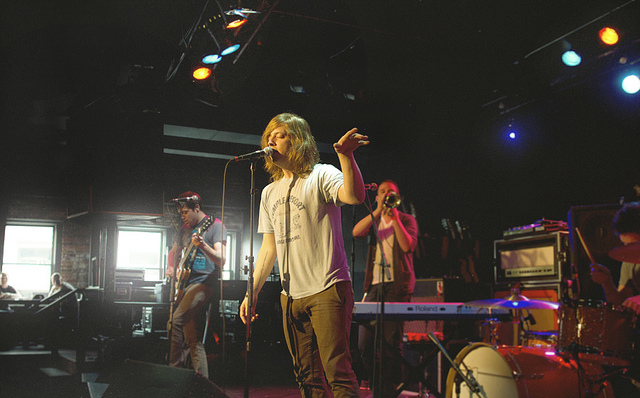 It’s been over three years since You, Me, and Everyone We Know announced their breakup, but it looks like the band are up to something again.

The band are teasing fans on their social media accounts and have also posted a video of an acoustic track on their website, marking their first new song since 2016.

Back in 2016, the band revealed in a Tumblr post explaining their reasoning for calling it quits.

“After a decade of ups and downs, I have decided to put this band to rest. There were a lot of factors that went into this decision and I will talk about them later but I needed to get this is off my chest. We will be playing a show in Philadelphia at Creep Records on March 26th at 7 PM. There will be one last chicago show as well, but I have yet to book that. Talk more soon.”

They’ve been teasing something new for a few days while people have slowly been catching wind of the news. They first updated their Facebook profile pic in September and updated their web address on Monday (November 4).

Today, they’ve updated the website with an acoustic performance of what appears to be a new track.

As for what’s to come next from the band, nothing else has been revealed. We’ll keep you updated on their reunion progress as things become more clear.

Are you excited about You, Me, and Everyone We Know getting back together? Let us know your thoughts in the comments below.