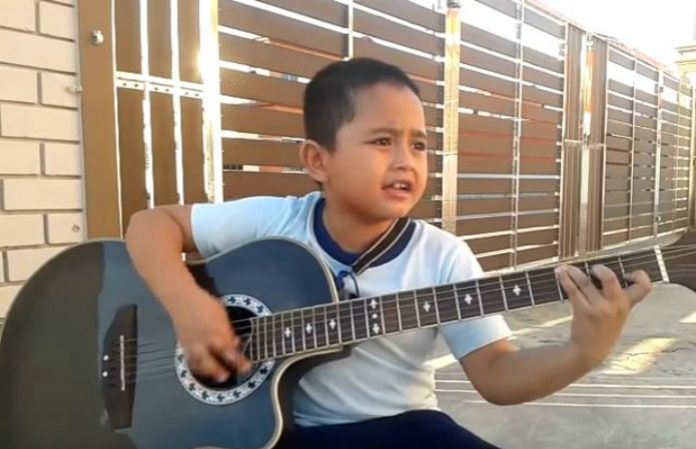 You know how they say that anything you can do a little kid can do 10 times better and 100 times cuter? Well that continues to prove itself with this boy's cover of Metallica's “Nothing Else Matters”

Check out the adorable video below and jam out with us!

Read more: Here’s what a Metallica and Legends of Zelda mashup sounds like

The video starts with the little boy giggling as he begins the opening guitar chords which only makes this performance that much cuter. After a couple of seconds, he starts getting into it and begins to sing while he plays the guitar, and believe me, we all definitely sang with him.

Drummer Lars Ulrich recently teased that Lady Gaga might become the permanent fifth member of Metallica, but as amazing as Gaga is, we'd go crazy if Metallica recruited this little boy for their upcoming tour!

Metallica will be joined by Avenged Sevenfold, Volbeat and Gojira for a massive U.S. tour starting in May where they'll be performing songs from their latest album, Hardwired…To Self Destruct, as well as classics. It was also just announced that the Beastie Boys' Mix Master Mike.

Regardless of who's performing, we really hope that this kid gets to see them live on this tour because we know he'd be jamming out as hard as the rest of us!

Check out this adorable cover of “Nothing Else Matters” below!

Check out the dates for the upcoming Metallica tour below!