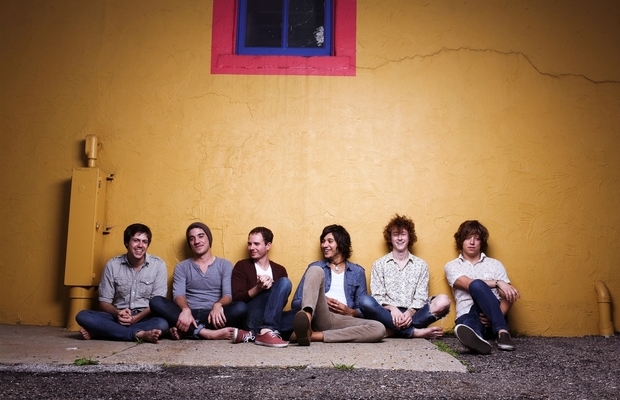 You, Me, And Everyone We Know have broken up. Two statements have been released, one from frontman Ben Leibsch and one from the other band members. Both can be read below:

Hello friends, So it's been a while and some things have happened lately that have left some of you guys speculating as to what's going on with us. Well, let me just cut right to the chase: We (Rico, Augie, Mike, John, and Kyle) have made the tough decision to leave You, Me, And Everyone We Know. The reason for this, without getting into specifics, is that it recently came to light that Ben had made some decisions that directly affected us as people and to the band as an entity throughout it's existence, and we just felt these issues coming to light were irreparable for us, making it a situation where we couldn't imagine getting back in the van or writing a song with him. This decision, and I assure you it was not an easy one to make, unfortunately had to be made in haste, as is the nature of our business and more specifically our situation at the time.  As most of you know, we had immediate touring plans with other amazing bands and we just couldn't wait any longer on making this eventual decision.  This was done out of respect for these bands, promoters, and to you our fans.

The most saddening part in all of this is thinking about the fans and also the people (fans still included) who worked so hard to get us where we were and put so much faith in us. We had a great team and great fans and it pains us to think that this might  reflect poorly on any us as individuals or professionals, but it was just something that we had to do for ourselves. Now, whether this means it's the end of the band or if Ben will continue on as You, Me, And Everyone We Know is still yet to be seen. If he does continue on, please don't stop listening.  In fact, don't stop listening at all.  We have a decently-sized catalogue of music that is very important to us, especially the latest DOGHOUSE RECORDS release “SOME THINGS DON'T WASH OUT” and one more on the way in our upcoming 7″ / EP on TOPSHELF RECORDS, appropriately named “THINGS ARE REALLY WIERD RIGHT NOW”.  None of this means that we don't still love the songs we wrote for this band, that we didn't lovingly craft each and every one at the time, or that the essence of the songs is somehow tainted: it's not. That being said, here's the obligatory “you haven't heard the last of us” bit. We all love music and fully plan and staying in it. So we'll be around, writing, putting out music, touring, etc., we'll still be here.

It's been a hell of a ride, and as sad as it is to say goodbye for now (and as much as I hate to put another cliche in here), here's to new beginnings.  Your support has meant more to us than you'll ever know!

Hello, I'm very sorry to everyone i've let down with my actions that led to this news. I respect the guys decision to move on, I can't blame them really, and I do wish them the best with all of their future endeavors. As far the band as an entity is concerned, well im not too sure. Im hoping that with some time and effort, these wounds may heal and we may one day play some shows with (at the very least) some of this lineup. I don't know how I feel about continuing on at this point under this name otherwise (it's pretty banged up at this point). I suppose only time will tell. For now, im going to focus on staying sober and getting some help fixing the parts of me that make such bad decisions. Thank you all for your time and patience. I hope to see you all again someday soon.

Thank you for everything!