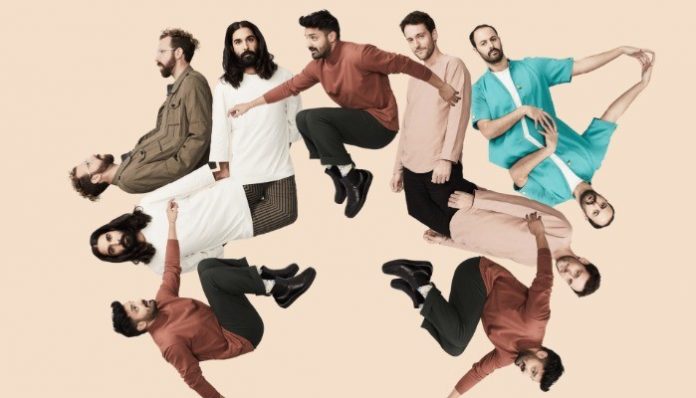 Punk Rock Bowling & Music Festival announced a pool party lineup—plus, don’t miss a new music video from Gloryhammer. Check out the news you might have missed today below!

Troi Irons shared a live performance of “Strangers.” “This ‘Strangers’ video is my first visual apart from a major label,” Irons says. “There are a couple [of] music videos up that I spent weeks writing treatments/storyboards for and building teams for, only to have a director come and paint over my vision because my name wasn’t on the check paying them. For this video, I wanted to peel it back to the very basics and build a good foundation. This is me in true, raw form as a musician.” The single is available to stream here.

Alukah announced that they’ve joined the Stay Sick Recordings family. The band are currently on tour with the Machinist and will hitting the road this summer with Waking The Cadaver. Dates can be found below, and tickets are available here.

3 days. 3 pool parties. For the first time ever, #Citrus is home to the @PunkRockBowling poolside concerts! Learn more at https://t.co/zU7iiSkF5I pic.twitter.com/408PZOJWk5

Punk Rock Bowling & Music Festival announced the lineup for this year’s pool parties. Artists include daily headliners H2O, the Pietasters and Sloppy Seconds with support from Sharp/Shock, Rude Pride and Blanks 77. The pool parties are free and will be held at Citrus Grand Pool Deck at the Downtown Grand Hotel & Casino in Las Vegas. The festival will take place May 24-27, and tickets can be purchased here.

Gloryhammer become space gods in the new music video for their most recent single, “Gloryhammer.” The track will be featured on their third studio album, Legends From Beyond The Galactic Terrorvortex, out May 31. Preorders are available now via Napalm Records. They embark on tour this summer with support from Aether Realm. Tickets can be purchased here, and dates are listed below.

Young The Giant released a dreamy, stripped-down version of “Superposition.” “‘Superposition’ is about finding the common thread that weaves our constant refractions, recognizing the constant that hides behind infinite variations,” frontman Sameer Gadhia says. “So why the hell not give you another version of the song—another reflection.” They’ll be joining Fitz And The Tantrums on a co-headlining tour this summer, and tickets can be purchased here. Check out where they’re headed below.