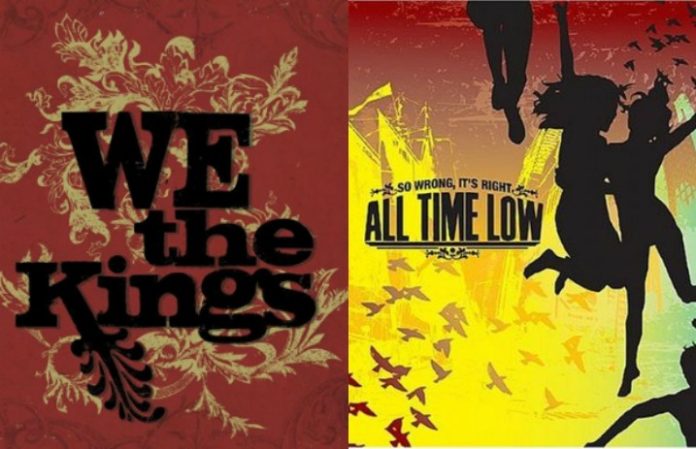 Nine years ago, Tourzilla 2007 featured this quintessential mid-2000s lineup: The Audition, We The Kings, All Time Low and Boys Like Girls in the headlining slot.

Read more: We The Kings frontman sang Mayday Parade’s “Jamie All Over” and it was so 2007

With only two albums under All Time Low's belt and just one debut record from We The Kings, the bands were still small enough that they could stick around after the show to play some acoustic jams for eager fans.

“We started doing this thing where combine each of our songs and turn them into one big song,” All Time Low frontman Alex Gaskarth says in the video while he plays his acoustic with We The Kings' Travis Clark. Don't mind our mid-2000s hearts skipping a beat.

The impromptu performance features snippets of “Check Yes Juliet,” “Skyway Avenue,” “Coffeeshop Soundtrack” and more. Check out the video from the Jannus Landing stop on Tourzilla 2007 below!