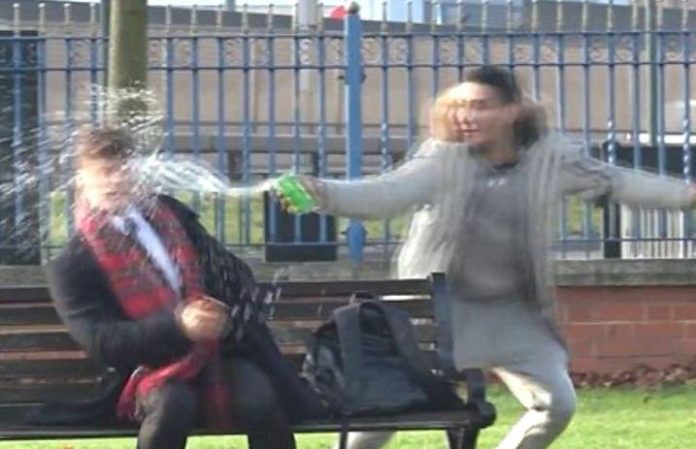 YouTuber Arya Mosallah is under fire for uploading videos—now deleted—of him throwing water into Londoner's faces, just months after an acid attack spree.

As The Independent explains, the 22-year-old recorded videos splashing water into people's faces, but this comes alongside the release of figures that show that the UK has one of the “highest number of recorded acid attacks per person of any country in the world.”

His account, ItzArya, has sparked an angry response on social media—and rightfully so.

Given the rise in acid attacks of late, I find this to be extremely disturbing. The 'YouTuber' is aware of the current climate and has chosen to exploit that for some kicks. @YouTube should take action against him and definitely shouldn't allow him to profit off causing distress https://t.co/aJ0TaUYh8i

Think this guy needs to be sat down and have a chat with an acid attack victim. See how funny this type of “prank” is then. https://t.co/NbivGs11Ah

“I would be terrified and think it was acid, especially walking around London, acid attacks are becoming more common I really don’t think it’s an idea people should be promoting and mocking, shame,” a commenter wrote on the original video, the news source shares.

A spokesperson for the Metropolitan Police told The Independent that Mosallah could even have been arrested for the prank.