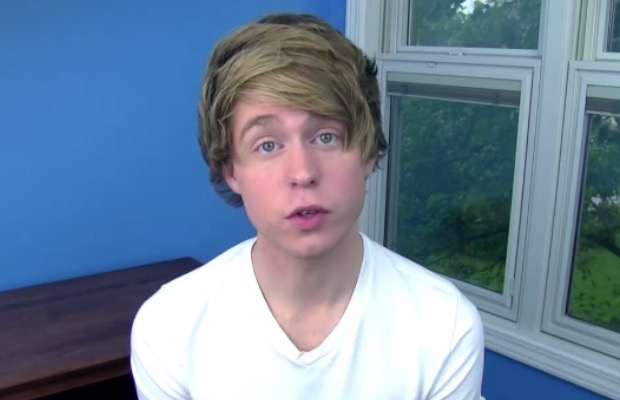 YouTuber Austin Jones, who is known for his acapella covers of scene bands, was charged in federal court in Chicago on Tuesday with two counts child pornography after allegedly asking underage female fans to send him sexually explicit videos, according to The Chicago Tribune.

The Chicago Sun Times reports that the singer was taken into federal custody Tuesday after being charged for using Facebook and iMessage to “ask teenage girls to make sexually explicit videos and send them to him.”

According to The Chicago Tribune, he was arrested in his Chicago home and faces two felony counts of production of child pornography. If convicted, each count carries a mandatory minimum sentence of 15 years behind bars.

The Chicago Tribune reports that in one chat last month, Jones told one victim to dance in a “sexually suggestive manner” and “make it clap super loud and talk about your age the whole time,” according to the complaint.

Two years ago, Jones was caught up in a social media firestorm for asking female fans to send him “twerking” videos, claiming at the time that it was nothing more than that.

“I’m embarrassed,” Jones said at the time. “I’d have conversations online with girls that would involve me asking them to create a video of themselves twerking. Sometimes I’d make videos of myself doing some twerk moves in return. Here’s the truth: I NEVER asked them to do anything more than send a twerking video. Nothing EVER went beyond that.”

Jones is known for his YouTube video covers of Twenty One Pilots, Pierce The Veil, Panic! At The Disco, My Chemical Romance and more.