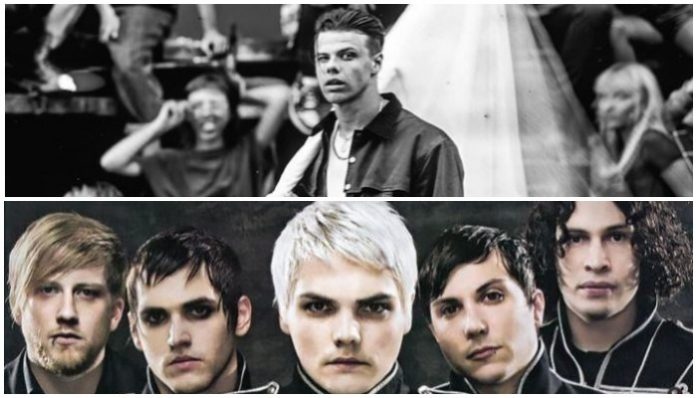 YUNGBLUD made an appearance on BBC Radio1 last week and during his visit, he was faced with a pretty hefty challenge.

The musician was pressed to see if he could match the lyrics to his track “Hope For The Underrated Youth” over an instrumental version of My Chemical Romance‘s “Welcome To The Black Parade.”

Before starting, YUNGBLUD acknowledges that he’s “a bit nervous on this one. If this goes wrong it’s sacriligious.”

Although he got off to a bit of a rough start, he finds his footing part way through and pulls it off really well.

Watch YUNGBLUD try out his lyrics over top of “Welcome To The Black Parade” below.

“If this goes wrong it’s sacrilegious” 😂

Can @YUNGBLUD sing his lyrics to the tune of The Black Parade by @MCROfficial? 🖤🖤🖤 pic.twitter.com/HtXa0uWHV4

In an interview with PAPER, YUNGBLUD explained how he felt the first time he wore a dress.

“I was at my next door neighbor’s house, her name was Annabelle,” he says of the experience. “I was about 11, and she put it on me as a joke. As soon as she put it on me, I kind of unlocked a new avenue within myself. The way it felt on me, I loved the silk on my body. It kind of gave me this confidence, which started out as something humorous!”

He elaborates on his clothing choices, saying his first time in New York was spent searching for skirts and dresses.

You can watch the entire interview below.

What do you think of the YUNGBLUD and My Chemical Romance mashup? Let us know in the comments below.