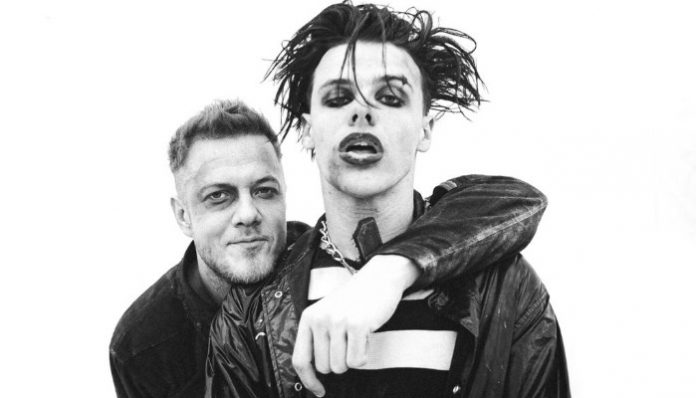 YUNGBLUD has revealed his third track from his upcoming the underrated youth EP “original me”.

The song features Dan Reynolds, the vocalist of Imagine Dragons.

Recently, the artist debuted the official music video for “Hope For The Underrated Youth” and dropped details about the forthcoming EP.

Then, last week, he told fans that we might have to wait a little bit longer to get our hands on this six-track EP.

Originally, the underrated youth EP was slated to drop Oct. 11, but it will now drop Oct. 18, the artist revealed on Twitter.

“Yo! What’s going on? So, I was in the studio last night listening to the EP, and it occurred to me that one of the songs isn’t quite right yet. And I’ve got a bit of a favor to ask ya. I always want to keep it real with you guys, and I just wanna ask if I can have one more week on the EP, if I can push it back to the 18th from the 11th. Just because, I want everything I release to be absolutely perfect, and one of the songs I don’t think is yet.

So I’m sorry to anybody that’s gonna be well disappointed, but I promise you it’s coming out on the 18th. I will be dropping something next week, and it’s going to be mental to make up for it. It’s going to be crazy. I can’t wait. I love you all.”

Now, he’s dropped the explosive new track with Reynolds from the record. It features heavy guitar and the two vocalists going back and forth with booming vocals that command the track. The lyrics appear to celebrate being yourself rather than being cool, and being confident in that.

“This song is about accepting the parts of yourself that you hate and realizing your biggest superpower is to be originally, authentically yourself,” YUNGBLUD said in a press release.  “Working with Dan Reynolds was such a dream come true as he is a huge inspiration for me. The song literally came out of the studio within a day. The mutual raw energy between us made this song what it is.

You can listen to “original me” below and read the lyrics.

I’m so paranoid, most people I avoid
Not seeking sympathy (Nah), I just want all of this
Under an umbrella (Yeah)
I try to shelter myself from the rain
I try to stop my head from going insane
I’m counting down, all the days
I swear that there’s a price they took
Being alone
Can I suffocate you when they cannot fucking chase me out? (Ayy)
Anagram all of the letters, tellin’ me that I’m gonna be fine
Cleaning the world is out of my mind
Piece ’em together and dump on the sides
I’ma be alone tonight if I try to stay alive and realise
I’m going blind

Earlier this week, YUNGBLUD shared a photo with Reynolds to announce that the song would be dropping this week. You can see that below.

original me. out tuesday. are you fookin ready? 🖤 @danreynolds

You can check out the tracklist for the underrated youth EP below.

What do you think of the new YUNGBLUD track? Sound off in the comments down below!