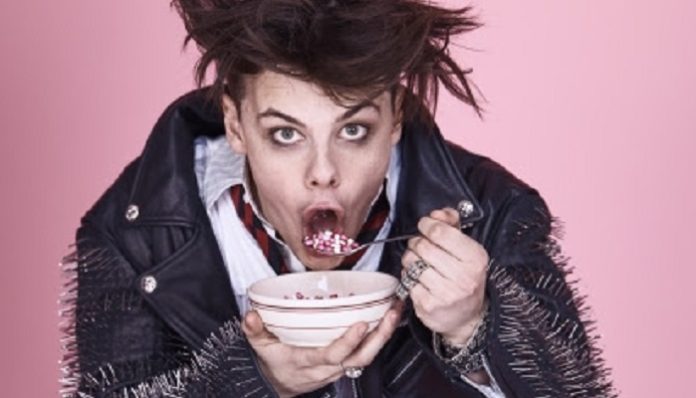 Hot off the release of his extensively teased new single, YUNGBLUD is giving us even more new sounds with a lighter take on “Parents.”

Taking lines straight from his cryptic hotline calls, the rapper shared a piano-backed version of his latest track on Twitter and Instagram today.

The video shows YUNGBLUD beautifully playing the rendition on the keys, while softly singing the eerie, yet hard-hitting lyrics from “Parents.”

The piano cover should keep fans satisfied for now as they patiently await the rapper’s teased collab with Travis Barker and Machine Gun Kelly.

A thoughtful fan also shared footage of the shoot on Instagram, which a lucky handful of onlookers were invited to join.

YUNGBLUD has a busy summer ahead, hopping on for a 25th anniversary Warped Tour set as well as a slot at Machine Gun Kelly’s EST Fest. A full list of dates is listed below, with tickets available here.