Yesterday, YUNGBLUD announced a cryptic cross-city event for fans to find something special.

Fans have now got their hands on what the singer sent to select regions and it’s revealed he has a new video arriving on Monday.

He posted a cryptic teaser to Twitter with a grainy film clip promising to place something in various cities.

The clip starts with a countdown before asking for viewer’s attention, later showing clips of toothpaste, mints, and a “Daddy’s Got A Gun” DVD box.

im leavin somethin for you in some of your cities … eyes peeled 👀🖤 pic.twitter.com/Zh8M89CCrk

Some fans were frustrated he didn’t reveal which cities it would be taking place in, but the musician sent out a tweet today to confirm.

let’s the games begin … you might want to take a look inside ! good luck 🖤🖤🖤 pic.twitter.com/DW7PUJBqSR

Fans quickly made their way to the participating record stores and posted photos of themselves with their loot.

i came i saw i conquered pic.twitter.com/sSJBYnsn9h

made my brother drive me an hour and use his Twitter for this pls thank him dom ily 🖤🖤🖤 pic.twitter.com/ugfP7ZRhs5

Once people watched the DVD, it became apparent YUNGBLUD is releasing a video for “Parents” on June 24. The packages of “Bleach” toothpaste and “Amphetamine” mints also included a link which showed a trailer for the video.

Read More: OutKast are officially unrecognizable to people under the age of 20

Are you excited about the new YUNGBLUD video? Let us know in the comments below. 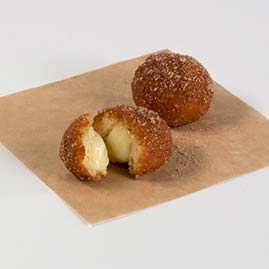