We know it’s still July, but that doesn’t mean we aren’t ready to get embrace our inner spooky with the rest of the world. Target has already begun unveiling their 2019 Halloween collections, and they’re not alone as Zombie Skittles started surfacing.

Skittles have launched many interesting flavor combinations ove the years. In 2018, they partnered with Taco Bell for a strawberry freeze. As if that wasn’t cool enough, the candy brand also unleashed a Sweet Heat product that gave the Skittles we all know and a love a spicy kick.

Earlier this week, The Impulsive Buy spotted the new product in stores, sharing a photo of the find.

While it appeared to look like your typical holiday-branded Skittles product, it certainly is not. Below the famous rainbow packaging, it reads “Most taste delicious but some taste like Rotten Zombie. Dare to try?”

The unappetizing flavor is mixed among the typical fruity flavors, so you won’t know it’s rotten until you’ve already taken a bite.

Skittles fans definitely had mixed reactions to the new candy.

Some taste like Rotten Zombie? why do the makers of skittles know what that tastes like?!?!? https://t.co/3235VPPCrb

Zombie Skittles. That is all: https://t.co/ErcqLOnnh4

The mix is quite similar to what Jelly Belly who produce the Harry Potter-inspired Bertie Bott’s Every Flavour Beans. The Wizarding World had your typical Banana and Marshmallow, but it also dropped in gross, mysterious flavors such as Booger, Earwax, Vomit and Dirt.

Jelly Belly also produces BeanBoozled, which much like the Harry Potter option, had you hoping for Birthday Cake or Coconut over Dirty Dishwater or Rotten Egg.

Would you try Zombie Skittles when they come out this Halloween? Sound off in the comments below! 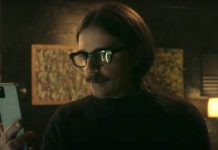