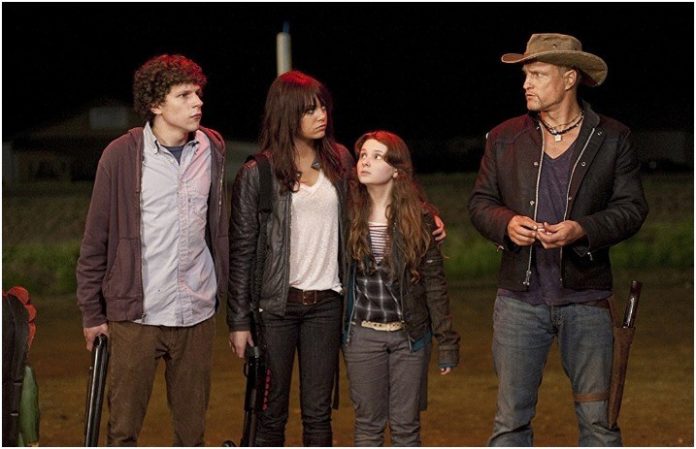 After years of uncertainty, it appears as though the highly anticipated sequel to Zombieland “may be” in the works, according to one of the film's writers, Paul Wernick.

A sequel to 2009's zombie-filled flick Zombieland hasn't looked too promising in recent years. With a star-studded cast and writers who have gone on to pen the script for the upcoming anti-hero flick, Deadpool 2, the chance for everyone from the original film to get together to work on a new script hasn't seemed like it would happen…until now.

During a press tour of the forthcoming Deadpool film, Wernick recently sat down with Vulture to discuss the movie and the 10- year anniversary of Zombieland. Hyping the possibility of a sequel, he shares:

He then added: “The hope is that we’re shooting that thing early 2019 for an October of ’19 release…with the original cast, by the way.”

We definitely wouldn't mind that.

The writer didn't officially confirm that Zombieland 2 is in the works, but past interviews from the writer seem to show that another film isn't out of the realm of possibilities. Last year, the writer met with Comicbook.com to talk about getting the original cast of Woody Harrelson, Jesse Eisenberg and Emma Stone back together, saying:

“They’ve all become superstars now,” Wernick said. “We made Zombieland with $20 million, so it’s trying to fit that financial model into the sequel model so it makes sense for the studio and being able to pay the actors what they now get paid and deserve to paid.”

While that doesn't sound promising, he assured fans that the members of the cast want to be a part of the project, which leads us to believe that a 10 year anniversary sequel could actually happen:

“All of our cast have read the script and love it,” said Wernick. “Reuben [Fleischer, director] is signed on. It’s just a matter of making our cast deals and making it for a budget number.”

The forthcoming film hasn't officially been confirmed, but we're still pretty excited of the possibility of seeing the zombie-cult favorite back onto the big screens.

Do you want to see a  Zombieland 2? Let us know in the comments!