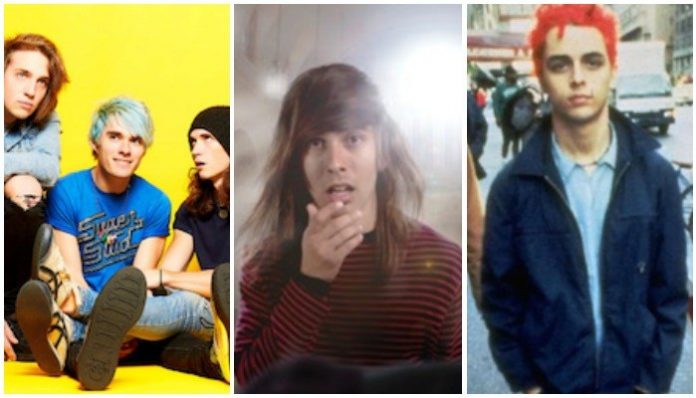 As you venture forth into this band photo quiz, remember context clues (hair) are key. Look for visual indicators (hair) that encompassed an era and use your best judgment to pick the year! (Hint: Hair!!)

At this point, it’s pretty common knowledge that Post Malone grew up with fellow Texan and Crown The Empire singer Andy Leo. As a result, we’ve stumbled upon plenty of stories regarding the duo and equally as epic throwback photos.

In December, Leo kept that trend going by embracing this year’s 10-year challenge. Leo first shared a recent image hanging out with Posty in Los Angeles.

The following week, Twitter user @_eatyourgreens shared the same photo alongside a throwback of a young Austin Post sporting a Metallica shirt next to Leo, writing, “I want what they have :(”

Just a year after throwing it back to their Thanksgiving 2015 last year, Leo kept the nostalgia going by sharing it to his own feed with “The only 2009 vs 2019 that ever mattered.”

We’ve always known that Post Malone was deep into the scene, considering he was in a metalcore band back in high school and even auditioned to be the Crown The Empire guitarist back in 2010.

Further proving this in 2017, a resurfaced video of Post and his high school bandmates covering Asking Alexandria’s “The Final Episode [Let’s Change Channel]” showed the young musician slaying the guitar.

Post Malone recently released his third full-length Hollywood’s Bleeding featuring collabs with Ozzy Osbourne, Halsey and more. He’ll be hitting the road for the second leg of his Runaway tour with Swae Lee and Tyla Yaweh returning. Check out dates below with tickets here.

Crown The Empire dropped their fourth full-length Sudden Sky earlier this year. They have a handful of gigs left in 2019—including one with scene-loving EDM artist Kayzo—before several festival stints in 2020 including Dance Gavin Dance’s Swanfest and Epicenter Festival. Check out the full list of dates and tickets here.