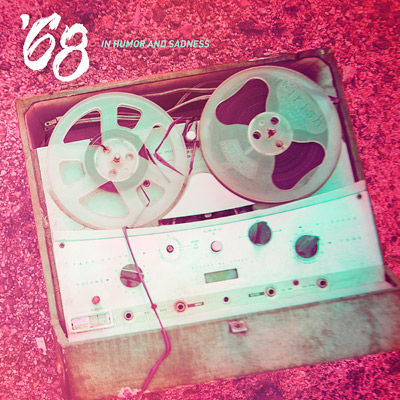 In Humor And Sadness

When Josh Scogin—former frontman of noise-soaked hardcore outfit the Chariot—announced that his next project was going to be his maiden voyage into roots rock, the underground was guarded at best. Scogin articulated his love for rocket-fuel-drenched trad outfits like the Jon Spencer Blues Explosion, the White Stripes and the Black Keys (whose shirts he wore onstage frequently on the 2013 Warped Tour) in AP’s Most Anticipated Music Of 2014 issue, but no one seemed to fathom what his endgame was. Massive creative rethink? Sales chart certainty? Or sheer, wild-assed, IDGAF abandon?

The answer is… some of the above. The 10 tracks on In Humor And Sadness find Scogin and drummer Michael McClellan trafficking in structures that are a lot more linear than the kind of sonic hairpin angles that defined Scogin’s previous band. So while there’s a tempered verse-chorus-verse vibe at play, he just can’t help but screw up the form, toss a wrench in the works, throw powdered glass in the Vaseline—you get the picture. What’s ironic about Humor is that despite Scogin’s infatuation with 21st century rock ’n’ roots music, the album is closer in style, decibels and straight-up attitude to Nirvana’s legendary Bleach. At certain junctures, Scogin shears his throat lining like a spirit channel for Kurt Cobain while abusing his pedal board in ways that would offend the world’s noise-rock lifers (the first track, “R,” the follow-up, “E.”)—or Neil Young fans (the seventh track, “N”). Even when the mania is dialed-down significantly (the minimal guitar/piano/loop noise intersection in the ninth track, “T”), Scogin still feels like a man at the end of his rope.

So if you’re weary of alt-rock arena-fillers, noise-rock pretenders and hardcore’s regimented tropes, pay close attention to ’68. Because there is nobody who is reverse-engineering silk purses back into dirty sows’ ears the way these guys are. (There’s a reason why the track listing spells “Regret not.”) Listening to ’68 is like watching a magic show put on by patients in a sanitarium. You know how the dangerous illusions are supposed to work, but that’s not going to stop you from watching and wondering what the hell is gonna happen next.