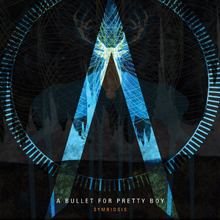 A Bullet For Pretty Boy

A Bullet For Pretty Boy are a Christian metalcore trio from Texas; this is their second full-length, following 2008’s Beauty In The Eyes Of The Beholder EP and 2010’s Revision:Revise. The core band—vocalist Danon Saylor, keyboardist Josh Modisette and guitarist Chris Johnston—are augmented by studio drummer Matt Weir, as well as producer Zeuss, who gives their breakdowns a gleaming coat of Pro Tools polish. Saylor’s voice is a vast improvement on those of his peers, in that he can actually sing; the clean parts have a choirboy purity about them, avoiding the untrained howling other bands inflict on the listener. Modisette’s contributions are vital to the band’s sound, too. His keyboards creep around the edges of many tracks, giving the songs a Deftones-ish depth, and the instrumental “Illumination” is almost entirely his, a three-minute interlude of great beauty and real melancholy that comes right at the album’s midpoint, allowing the listener to breathe and giving the bone-crunching songs that follow that much more impact. This is an impressive record that proves that metalcore still has plenty to offer when in the hands of genuinely creative musicians.