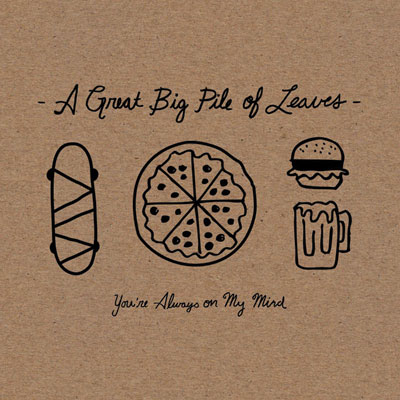 A Great Big Pile Of Leaves

You’re Always On My Mind

For You’re Always On My Mind, A Great Big Pile Of Leaves teamed up with Ed Ackerson, marking the first time they’ve worked with an outside producer. While Ackerson surely deserves praise for the album’s highlights, much credit goes to the band’s newfound musical confidence. You’re Always On My Mind is a cohesive pop-rock album that sees the band in top form. Standouts include the kooky “Pet Mouse” which features Motion City Soundtrack’s Justin Pierre and “Back To School,” a breezy end-of-summer anthem. However, none drive home the album’s theme of cohesion better than “Snack Attack,” which sounds like mid-’90s math rock à la the Dismemberment Plan thanks to guitarist Matt Fazzi’s distorted licks and frontman Pete Weiland’s languid vocals.