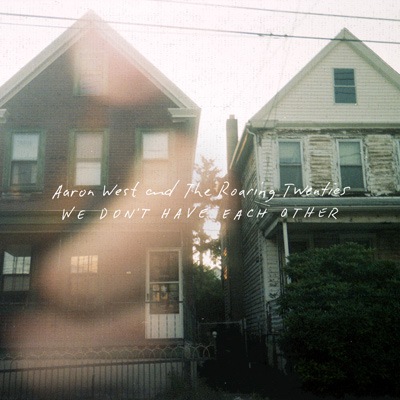 Aaron West And The Roaring Twenties

We Don’t Have Each Other

Like a great novel, it’s hard to imagine that the fictitious characters who populate We Don’t Have Each Other—the debut full-length by Dan “Soupy” Campbell’s solo project Aaron West And The Roaring Twenties—don’t actually exist in the real world, and aren’t carrying on where the story leaves off, somewhere out there. Campbell, who normally fronts pop-punk kingpins the Wonder Years, has built his enviable career on an uncanny knack for lyrical storytelling, and with this new release, he’s shown he can weave a soul-churning fictional yarn too, with all the surging emotion and subtle nuance of his first-person and non-fictional narratives. As usual, Campbell makes it seem effortless.

Musically, We Don’t Have Each Other isn’t a massive departure from Campbell’s day job; mostly, the Aaron West material has a softer, more understated acoustic rock/alt-country feel than TWY’s overdriven crunch and gang vocals. The production by Ace Enders (the Early November) is spot-on and Wonder Years drummer Mike Kennedy’s spirited performance adds much-needed pep to the proceedings, but the occasional swell of harmonica or the plink of a banjo is about all that sets the record sonically apart from other “unplugged” moments in Campbell’s catalog, which is hardly a failing. But while TWY records often employ signature riffs and devices like recurring melodic themes for cohesion, here the instruments mostly remain in the background, so the lyrics can do the talking.

On We Don’t Have Each Other, Campbell’s telling the story of alter ego Aaron West, a man undergoing a bitter divorce and ensuing personal crisis, and Campbell uses each of the 10 tracks as chapters or steps along West’s journey. Throughout, Campbell touches on one of his greatest lyrical strengths—his attention to detail—to bring scenes to life, while also being acutely aware of the underlying emotion and backstory just beyond the setting. It’s devastatingly effective: After the initial shock and despair of opener “Our Apartment,” where West is confronted with the bad news, Campbell downshifts into the boozy depression of “Grapefruit,” mourning his marriage, while remembering better days spent painting a child’s room “pink and orange like a grapefruit.” Later, when West is sorely missing his dead father amid the crushing bridge of “You Ain’t No Saint,” it’s through his recollection of a Sunday they’d spent together watching football (“We watched Jim Kelly lead the way”) that we feel the loss. It’s all too real, and yet it’s not—and that’s pretty amazing.