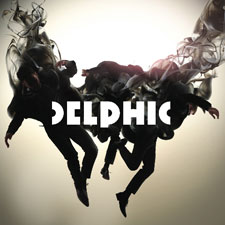 Having won rapturous praise from much of the hard-to-please U.K. music press, Delphic bring the dance party stateside. The band boast key ingredients for success: a handful of potential hot singles, remix-ready club thumpers and palpable artistic heft. Their songs are meatier than, say, Klaxons and their scope spans wider than most of America's indie-cred clubsters. Delphic aim to please those looking for cheap dance thrills and substantial songwriting skills.

Acolyte kneads the dance-pop dough that gave rise to synth-propelled '80s mainstays like Erasure. The band's oft-mentioned likeness to New Order makes sense when one considers Delphic also hail from Manchester. The band absorb the ancestral sounds of that city and synthesize something infectious. Though a bright, fizzy affair, some emotional depth pervades the album's lengthier numbers.

Delphic hit their stride when they season their dance with rock and pop hooks, as in "Clarion Call," "Doubt" and "Halcyon." (It's no surprise two of those three have been hot U.K. singles.) Elsewhere, things go slightly awry. Delphic are young and sound like it–particularly James Cook's reedy vocals. Where "Submission" could have been a Depeche Mode-worthy study in repressed desire ("Always a new temptation," Cook coos), the song instead thumps colorlessly along.

Though the album gets too repetitive, the uniformity of Acolyte still serves the band's purpose: Make the floor move. In this, they carry on the rave spirit of Manchester ancestors Happy Mondays (best heard in the inexorable "Counterpoint"). Delphic out-pop-smart most dance bands more concerned with the party and not its soundtrack.