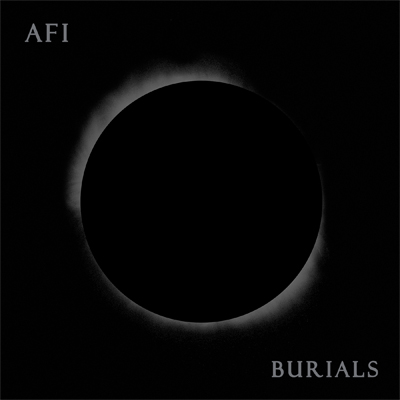 Overseen by producer Gil Norton (Pixies, Foo Fighters), AFI’s latest is top-loaded with atmosphere-enhancing, widescreen production that’s so grandiose, it should have Michael Bay’s name all over it. “No Resurrection” and “A Deep Slow Panic” come off as the steroid-laden progeny of post-punk godfathers. Vocalist Davey Havok veers between passionate poetry (“Greater Than 84”) and Clear Channel-approved over-emoting (“I Hope You Suffer”). There are a few manic diversions (the Social Distortion-meets-Interpol exercise “Heart Stops,” the rapid-pulsing “Wild”) before Burials peaks with “The Face Beneath The Waves,” the most romantically menacing thing AFI have created. The song is powered with an emotional context that’s more Emily Brontë than Stephenie Meyer—the kind of thing playing when lovers are ripped out of each other’s arms during the apocalypse. With Burials, AFI are going larger than life to get back into the small of their fans’ hearts.

“The Face Beneath The Waves”