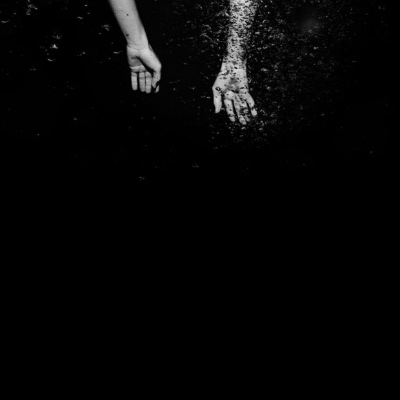 After five albums and nearly twice as many EPs full of left turns sharp enough to keep the band’s reverent fans on the edges of their seats without shaking them loose, Lovely, Little, Lonely marks the point where everything comes together for the Maine. The precocious emo-pop of their earliest tracks; the wry, spry classic rock of 2015’s American Candy; the tumult and poignancy of their in-between days—it’s all here, in apex form.

No era of the band remains unexplored on Lovely, Little, Lonely. The interstitial title tracks even play with textures and ambient sounds in ways the band hasn’t approached since their 2011 art film experiment In Darkness And In Light. When outside sounds are allowed to shine through, they never threaten to subsume the band’s ever-more-sharply defined essence. John O’Callaghan’s vocal approach (and the heavy dose of backing doot-doots throughout the album) brings to mind the best of Third Eye Blind’s work, while the downcast thrum of “Lost In Nostalgia” wouldn’t be out of place on the 1975’s latest retro-fantasia.

Lovely, Little, Lonely amalgamates these external influences with the band’s own music—past and present—with precision, depth and an obviously loving craftsmanship. The result is an album that feels timeless, even on first impact. It’s the Maine’s best batch of songs since Pioneer, their catchiest material since Can’t Stop Won’t Stop and their most cohesive work to date. This is generation-spanning—and generationally great—pop rock.

Your last album, American Candy, was your most consistently upbeat set of songs since your debut. Lovely, Little, Lonely has more of an emotional arc. Is that an intentional reaction?

I was so sick of either feeling like shit or being told, “Yo, it’s okay to feel like shit, you’re gonna feel better.” There was a big need within myself to make something that promoted the idea of positivity. I needed that personally, for my own psyche and my own selfish reasons. I think American Candy revitalized our confidence, and it revitalized my confidence in my ability to write pop songs and disguise them as rock songs.

I felt like American Candy lacked a little bit in cohesion. [On Lovely, Little, Lonely] I really wanted to create some sort of juxtaposition, to take the undertones of somber, sad, darker sounds and counterbalance them with more pop arrangements. My goal sonically was to create that feeling, that uneasy but, at the same time, very comforting feeling. There’s a lot of ambient noises and feedback throughout the record that we threaded the whole record together by. I really wanted to place more of an emphasis on the record in its entirety.

The Maine just celebrated a decade together as a band. Did the milestone have you taking stock?

It’s dumbfounding in a great way. I know why I’m still here and I'm still doing it, and I think that has something to do with why people stuck around. I’d like to think that we’re still doing it because, well, one, we love it, obviously. And two, I think we’re still here because…It’s kind of like a carousel. We are inspired by the people that support what we do, and in turn, I think we’re inspiring them. And it’s bigger than “go start your own garage band.” The message that I’m trying to spread is, you can truly strive for whatever it is you want to do.

We didn’t want to do one of those 10-year anniversary tours. I’m not saying we’ll never do one for a record; I just think that we’re so energized and excited by what we have going on currently, that to mask that with nostalgia and with something that came before just didn’t make sense. So instead, we decided to throw a big party: 8123 Fest. It honestly exceeded any expectations. We booked it for 2,700 people, and 2,700 people came. Really, it was just another nod to the hardcore group that follows and supports us.