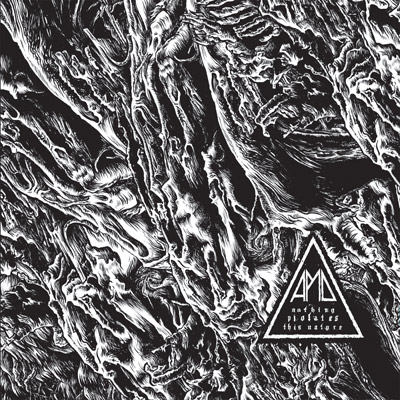 All Pigs Must Die

Nothing Violates This Nature

When All Pigs Must Die dropped 2011’s visceral God Is War, a damn fine record by anyone’s standards, they were still that band with members drawn from the ranks of the Hope Conspiracy, Bloodhorse and Converge. On Nothing Violates This Nature, the Boston hardcore mob demonstrate once and for all that they’re far more than the sum of their parts. It is also one of the angriest and most violent records you will encounter in 2013. Every track is as vicious as the last, and vocalist Kevin Baker has never sounded more pissed off—and this is a man who has made his living screaming his guts out for nearly 15 years.

Opening up with the aptly titled cacophony of “Chaos Arise” and charging headlong into the breakneck “Silencer,” they make it clear that the likes of Enabler, Trap Them and Nails have not cornered the market on sludge-soaked hardcore. Likewise, the 66 seconds of blastbeat horror kicking out of “Aqim Siege” and the D-beat stomp of “Sacred Nothing” are ruthless, and will provide a fine soundtrack for those who hate their neck and believe it should suffer. Upping the ante, a potent black-metal influence also creeps into proceedings on numerous occasions, the screeching squall strangled from the guitars locking perfectly into the massive low-end thunder. The plodding nightmare of “Bloodlines” and the warped sounds contained within “Of Suffering” show new dimensions to the band’s sound, particularly on the latter, which brings to mind You Fail Me-era Converge. Touching on almost bluesy territory, it manages to be mournful, melancholic and hateful all at once, and pulling that off is no mean feat.

It is exciting that crust- and grindcore-inflected hardcore is such a potent part of the genre right now. That bands such as All Pigs Must Die are flying the flag for extremity—and delivering the goods every time they drop a record—yet doing so without rigidly sticking to an established formula is reassuring, letting fans place their faith in things being done the right way. And that way is very nasty indeed.