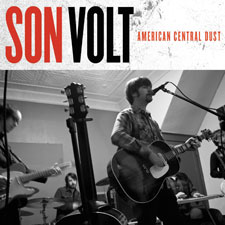 If you're a sucker for consistency, then Jay Farrar should be your favorite songwriter. Predictably, Son Volt's sixth album, American Central Dust, is teeming with twangy ballads, like "Dust Of Daylight," that prominently feature Farrar's instantly recognizable pipes. While his former Uncle Tupelo bandmate Jeff Tweedy has managed to reinvent himself with each Wilco release, Farrar's approach is beginning to grow stagnant–and American Central Dust would be a much more enjoyable listen if there were a few upbeat rock songs like the band's earlier output to break up the disc's melancholic monotony. In other words, though listeners may never get completely tired of hearing Farrar's blue-collar anthems, listening to American Central Dust ultimately feels a bit too much like working on an assembly line.