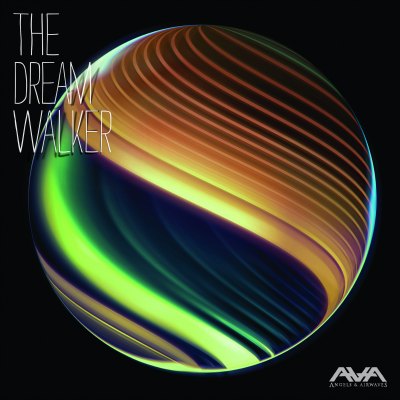 On a certain level, listeners know what to expect from an Angels & Airwaves LP: U2-indebted guitar chime, glittering keyboards and Tom DeLonge’s yearning vocals, all delivered with the 360-degree panoramic panache of an iMax movie. However, the Nine Inch Nail-signifiers and electro pop jolts of 2013's Stomping The Phantom Brake Pedal have clearly bled onto the band's latest LP, The Dream Walker. Futuristic new wave synths, 8-bit chirping and atmospheric electronic work augment the record's guitar-based music—highlighted by Cure-esque bass lines and spidery, gothic keyboard lines (“Kiss With A Spell,” “The Disease”), as well as a crisp dance-punk attack (“Bullets In The Wind”). Certainly part of that hard-hitting electro influence is owed to DeLonge's A&A co-conspirator/multi-instrumentalist Ilan Rubin, who’s also recently drummed for Trent Reznor & Co. and on Paramore’s self-titled album. However, as the desperate, twisting space-pop of “Teenagers And Rituals” and the acoustic-driven closer “Anomaly” underscore, The Dream Walker tempers its aggression with songwriting nuance and emotional clarity. Five albums in, it's gratifying to hear Angels & Airwaves so eager to challenge themselves to evolve.