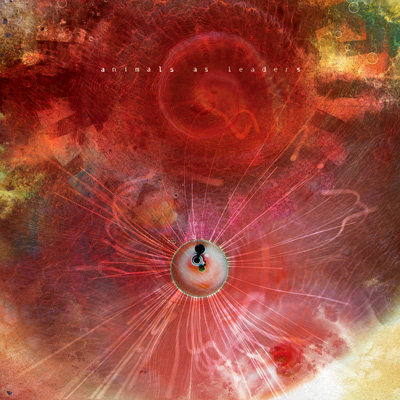 The Joy Of Motion

Since dropping their eponymous debut in 2009, Animals As Leaders have redefined the boundaries of progressive metal. Eschewing a vocalist, the band’s two eight-string guitarists and drummer create immensely complex yet immediate sonic collages influenced as much by jazz as that which exists at the heavier end of the spectrum. With The Joy Of Motion, the follow up to 2011’s Weightless, they have both expanded and streamlined their sound, making for an immersive and gripping record.

What is perhaps most striking about The Joy Of Motion is while AAL continue to dole out plenty of crushing sections that will make some of the most dedicated noise makers seethe with envy, overall the record is their lightest to date. This does not mean that they have moved away from their original sound, but with far more intricate textures and dynamics they have let each song exist on its own terms, heavy parts only dispensed when demanded. The likes of “Lippincott,” “Tooth And Claw” and standout track “Mind-Spun” are not light on sonic weight, crashing the world down on your head with their lurching riffs, and at their most aggressive the trio are as riveting as ever. However, just as engaging are “Another Year” which has a summery liveliness to it that just makes you feel good, while at the other end of the emotional spectrum “The Future That Awaited Me” is eerie and unsettling without anyone stomping on a distortion pedal. Likewise, the flamenco flavors of “Para Mexer” see a whole new dimension added to their sound, its fluid climax sublime, and it is the variety of tones and moods on the record—and often in the space of a single song—that drives it. The playing is exemplary throughout, guitarists Tosin Abasi and Javier Reyes arguably the greatest pairing in metal right now, and drummer Matt Garska gives a commanding performance, more than filling the shoes of Navene Koperweis, who exited the band in 2012.

With bands like Periphery, Born Of Osiris and Veil Of Maya contributing to tech-metal outgrowing its niche in recent years, it is not as easy to “dazzle” as when the likes of Meshuggah and the Dillinger Escape Plan subverted conceptions of metal itself in the late ’90s. However, while many good bands have emerged within the contemporary movement, few challenge Animals As Leaders’ supremacy, and The Joy Of Motion reasserts that. The progressive label is thrown at too many bands who are content to stand still, holding on to their core sound, but this is not the trio’s style at all, and as long as they keep releasing records like this everyone else will remain in their wake.