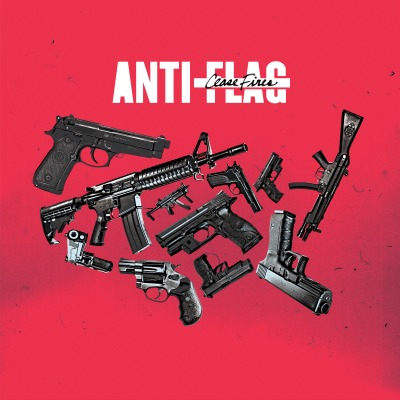 Back in 2013, Pittsburgh political punkers Anti-Flag released a limited-edition subscription series of 7-inches called 20 Years Of Hell. The records consisted of re-recorded versions of old tunes, as well as a few unreleased ones. But the band were not looking to revisit their more well-known songs. Instead, they hit songs they rarely—or never—played live to try to give them the fair shot they felt they deserved and never got. And it makes sense that such a great band would have songs in this category that absolutely rule: This is 38 minutes of absolutely top-notch punk. And while it may not flow like an album, it does not at all feel like an odds-'n'-sods collection (again, testimony to how great Anti-Flag are). The highlight comes early with the unreleased “The New Jim Crow”, a melodic punker that might just be one of the greatest songs in this band's catalogue. But the whole album rips, from hard-hitting punk songs like “Wake Up” to more subdued, acoustic cuts like “Twenty Years Of Hell.” Throughout it all, the band's intense dedication to political and social issues remains at the forefront, but their ability to write catchy songs on both the more hardcore and the more restrained side of things is admirable. This is an excellent companion piece to this year's American Spring album: 2015 was a phenomenal year for political punk, thanks to this band.

CHECK OUT: “The New Jim Crow”