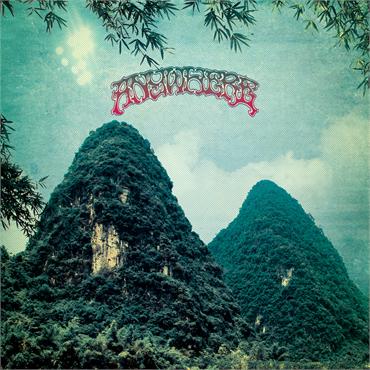 Apparently it's a race within the ranks of the Mars Volta to see how many side projects the members of the prog-rock group can release before Ragnarok kills us all. The latest salvo from within this camp is Anywhere, a supergroup featuring TMV singer Cedric Bixler-Zavala on drums, Triclops! guitarist Christian Eric Beaulieu, and journeyman bassist Mike Watt.

Like most things the three members of Anywhere have laid their hands to, straight lines are hard to come by on their self-titled debut. What often looks like an unbroken path zags quickly off in a new direction, leaving you to gamely keep up or get left in the dust. Don't take that to mean this is a schizophrenic mess. The complexity of composition is one of Anywhere's strongest attributes, as they ably mix together explorations of Eastern modalities, freaked out psychedelia, and prog-rock distemper.

There's a bit of moody heaviness to be had—especially on the few tracks that feature vocals from Bixler-Zavala or Sleepy Sun member Rachel Fannan—but the connecting thread of this whole affair is a palpable joy. These guys love playing their respective instruments and approach each song as a way to let loose on them. True to their tasteful form, it never feels like showboating, even when Bixler-Zavala is getting all King Crimson on his drum kit (check the vicious fills he swings out in 8/4 time on “Khamsin”).

The band's ace in the hole is Watt. Apparently, the bassist knocked out his parts well after the other two had tracked everything else. Not the most unusual of feats, but hearing how entrenched his bass lines feel—the noble swells he brings out on “Dead Golden West” and a bit of Minutemen-esque speed on the title track—amid the snaking clamor and melody only cements his reputation as a miracle worker.